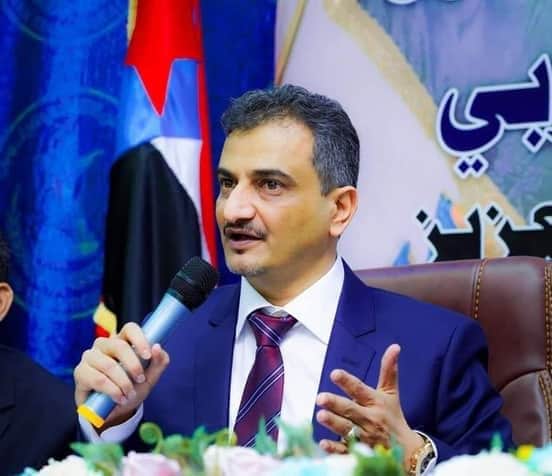 Riyadh (Debriefer) - Aden newly-appointed governor, Ahmed Hamid Lamlas, was sworn in on Tuesday before the Yemeni President Abd Rabbu Mansour Hadi in the Saudi capital of Riyadh.
Caring for Aden people, normalizing life and establishing security in the interim capital are urgent necessary, the Riyadh-based Saba quoted Hadi as saying at the swearing-in.
Yemen's President highlighted the need for efforts be doubled to "serve Aden's present and future, take the governorate out of its current situation, enhance services, stop imperfections, establish security, normalize conditions in general and maintain public interests."
Governor Lamlas promised to exert every effort in serving Aden and the nation, in cooperation with all relevant authorities.
Hadi's instructions will be given priority as part of improving the city's reality and future, he added, according to Saba.
The move comes as part of Saudi pressures on the official government and the Southern Transitional Council (STC) to proceed with applying the Riyadh Agreement, say observers.
"Swearing-in in Riyadh, but not in Aden, suggests a gap continues to be between the government, which is still unable to return home, and the Emirati-backed STC seeking for separation," they added in remarks to Debriefer.
Others, nonetheless, see the move as progress towards applying the pact's other provisions and STC recognition of Hadi's legitimacy.