MSF warns of danger of malaria outbreak in Yemen 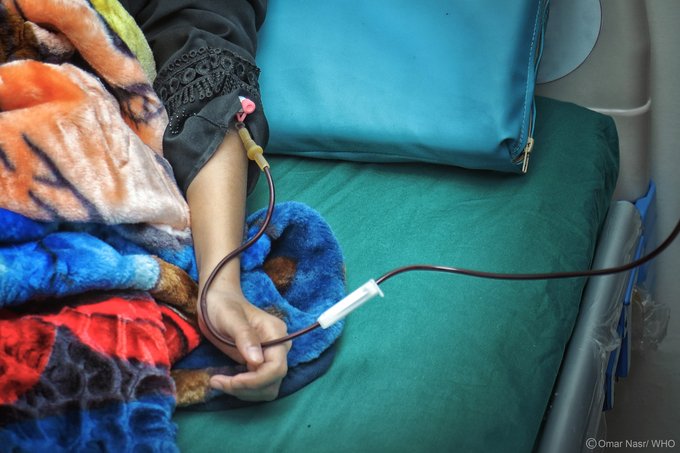 MSF warned Sunday of an increased risk of malaria outbreak in Yemen, coinciding with the rainy season.

"The rainy season has started and increases the risk of malaria.", The MSF said in tweets of its office in Yemen on" Twitter " on the occasion of the World Malaria Day.

"While Yemen is currently preparing for a possible spread of Covid_19 the rest of the health system needs to be kept running,or else we can expect a rise in deaths from other diseases such as malaria.", MSF added.

And considered that "Treating people with #malaria puts considerable strains on an already overwhelmed health system and threatening the lives of many Yemenis, particularly children and pregnant women."

The organization indicated that it had since November 2019, MSF teams have treated 1,576 people with #malaria in Hodeidah governorate most of them in Ad Dahi Rural Hospital supported by MSF. In 2019, MSF has treated 13,093 malaria cases in some Yemeni governorate: Hodeidah, Hajj, Ibb,Taiz, Amran.

For weeks, several Yemeni governorates have been experiencing heavy rains, causing dozens of casualties between deaths and injuries, in addition to large losses in public and private property.

As of Sunday morning, Yemen had reported only one case of coronavirus in the Hadramout governorate, in the east of the country, and local authorities had announced his recovery.