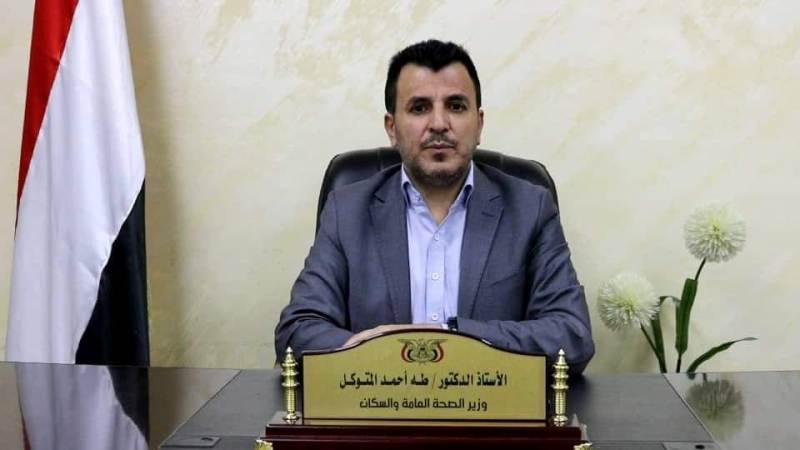 According to the Houthi-run Yemeni news agency (Saba), the minister lied to Grandi's statements upon the humanitarian agencies ’rush to help the Yemeni authorities cope with the 2019 Covid virus, by providing 520 intensive care beds.

Al-Mutawakkil said, "No beds were provided for intensive care, and that all that was supplied were 96 regular beds that are not suitable even for lying departments."

Al-Mutawakkil pointed out that "what was distributed with regard to respirators was 94 devices that were requested two years ago for other diseases, and they are related to obstetric emergencies, diphtheria and cholera, and not as Grande said that 208 respirators were distributed."

"Oxygen cylinders were not supplied to health facilities, nor to medical devices for intensive care rooms, although they must be available.", Al-Mutawakkil emphasized

He explained that "it was agreed with the United Nations Population Fund and the World Health Organization to distribute 39 respirators in their stores, but this was not done."

Al-Mutawakkil called the United Nations Humanitarian Coordinator to urgently supply 1,000 care beds, in addition to 400 respirators, saying that Grande had stated that the World Health Organization had bought it for Yemen.

He continued: "Nevertheless, this does not respond to the urgent need, which exceeds 10 thousand intensive care beds and their accessories, such as respirators, surveillance and other devices and supplies."

He pointed out that Yemen needs 500 thousand corona testing devices urgently, and 10 million examination devices in the second stage "... indicating that" only 3400 devices were received. "

Al-Mutawakil continued to refute Grande's statements regarding the training of 10,000 volunteers and 900 health personnel, denying that this had happened, claiming that "the number of doctors who got the training was trained while the volunteers did not."

The Ministry of Health in Sana'a asked, Wednesday evening, the United Nations Humanitarian Coordinator in Yemen, to keep pace with the needs of the health situation in the country, and to increase support for health facilities in the governorates to contribute to the prevention of the Corona virus.

In addition, the Supreme National Committee to Fight the Corona Epidemic in Yemen reborted five confirmed cases of the novel Corona Virus (Covid 19) Wednesday in Aden Governorate, in southern Yemen.