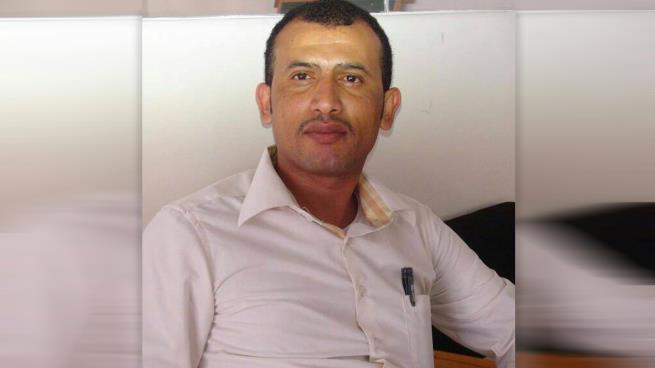 The Houthis on Monday released Abdul Hafiz al-Samadi, the second Yemeni journalist released by group, after nine months of detention in the capital of Sana'a.
Al-Samadi "has come back home," his brother Moath said on Facebook, after the journalist "was released by the [Houthi-run] security and intelligence authorities.
After "arbitrary detention since July 2019, Abdul Hafiz is now free," said lawyer defending the reporters detained by Houthis.
"He was released for lack of evidence. Legally, however, this had to be attested prior to arrest," Abdul Majeed Sabra added.
Last July, the Houthis arrested al-Samadi in Sana'a on charges of "reporting stories in favor of, and giving intelligence to, the enemy," i.e. the Yemeni official government and Saudi-led coalition.
Early last March, the Sana'a-based criminal court decided the release of al-Samadi, but security and intelligence authorities refused the judgment at time.
On 11 April, the Houthi-run criminal court in Sana'a sentenced four (out of ten) Yemeni reporters to death on charge of sending intelligence info to the Yemeni official government and the Saudi-led coalition.
Abdul Khaliq Ahmed Amran, Akram Saleh al-Walidi, Harith Saleh Hamid and Tawfiq Mohamed Thabit al-Mansouri were found guilty and sentenced to death, the rule read.
The other six journalists (Hisham Tarmoom, Hisham al-Youssefi, Hitham Rawih, Esam BalGhaith, Hassan Anab and Salah al-Qaedi) were sentenced to the 5-year imprisonment, they have already served, and would be under police observation for 3 years.
On 23 April, the Houthis released Salah al-Qaedi, after five years of imprisonment.
Monday release of al-Samadi comes one day after the UN special envoy for Yemen called on warring parties to allow for unrestricted media work.
On the Freedom of the Press Day, Yemen deserves free, independent media, Envoy Martin Griffiths tweeted.
On Friday, international rights groups, including the Amnesty International and Human Rights Watch, called for the release of the four reporters sentenced to death.