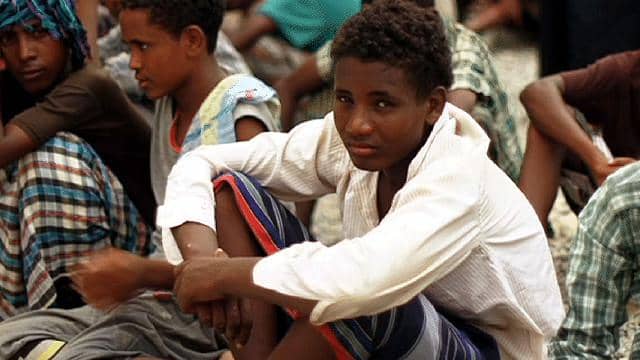 The Saudi authorities have deported more than 800 Somalis across Yemeni borders to the northern governorate of al-Jawf, the Houthi-run supreme council for management and coordination of humanitarian affairs and international cooperation said Friday.
"The deported Somalis are now quarantined in al-Hazm city," the Sana'a-based council added, but their "number is large and there are no resources to cover quarantine costs."
The council asked the UN High Commission for Refugees to repatriate the Somalis deported by Saudi Arabia and shoulder its responsibilities, but the UNHCR "unfortunately has not responded," it added.
The council called for urgent UN intervention to "save this large number of Somalis according to international human law."
On Tuesday, the Houthi-run health ministry announced the first COVID-19 case in areas under the group's control, after a Somali national was found dead last Sunday in a Sana'-based hotel.
"We announce the detection of the first confirmed coronavirus infection in the capital Sana'a," health minister said at a press conference. The infected "is a Somali migrant."
"A sample was taken of the dead for laboratory tests, and the results showed that he was infected" with COVID-19, Dr. Taha al-Mutawakil added.