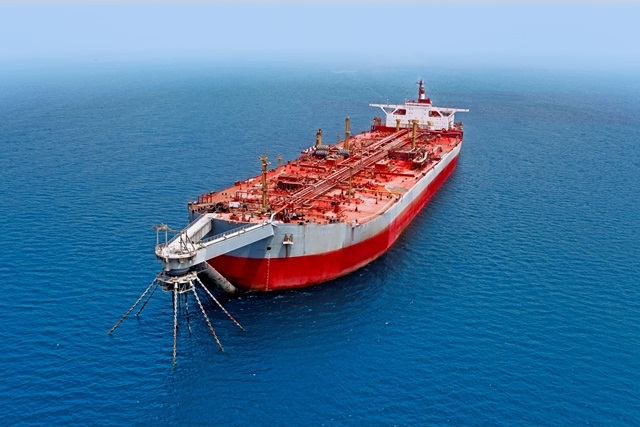 The Houthi group (Ansar Allah) blamed Saturday the Arab coalition and the USA for any leakage from the oil floating tanker, “Safer”, in response to the American State Department’s assumption that the group was responsible for the leakage from the tanker anchored off the coast of Hodeidah Governorate, west of Yemen.

The group’s spokesman and head of delegation, Mohammed Abdulsalam, tweeted: “From an early age, we have been calling for the maintenance of Safer's tanker, but the US-backed aggression forces deliberately besieged the unjust, placed obstacles and prevented any maintenance.”

He added: "The forces of aggression bear all the consequences of any leakage." asserting that that Washington also bears responsibility for providing political cover and military support for the continuation of the aggression and the siege.

The US State Department had called on the Houthi group to "cooperate with the United Nations and allow it to maintain the tanker Safer," accusing the group of detaining the tanker in the waters of the Red Sea, according to Saudi Arabia's Al-Arabia TV.

The Yemeni internationally recognized government and the Houthi group exchange accusations of preventing the arrival of the United Nations technical team in charge of evaluating and maintaining the tanker, which includes more than a million barrels of crude oil and is anchored about 4.8 nautical miles from the port of Ras Isa in the Hodeidah Governorate.