Al-Zubaidi: We are fighting an open war to gain independence

Yemen: Violent battles between gov't and STC forces in Abyan 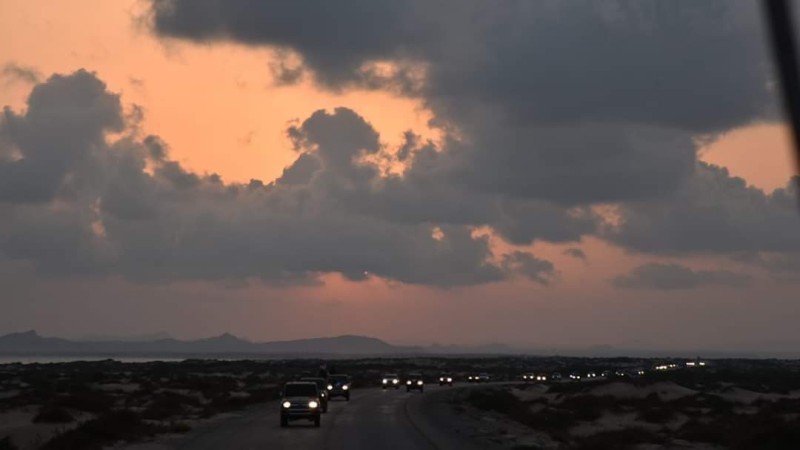 Violent battles erupted on Monday, between the Yemeni internationally- recognized government forces and the forces of the UAE-backed Southern Transitional Council (STC) in the southern governorate of Abyan, while the President of STC considered what is causing an open war to gain independence.

Local sources said that units of the government forces stationed in the city of Shaqra, south of Abyan, advanced towards the Sheikh Salem area east of Zonjobar, the capital of the province, which resulted in violent clashes between the two sides.

The sources said that the government forces took control of the area, about 15 km from Zanzibar, and continued to advance towards the city, while explosions of mutual shelling were heard between the two sides, in the eastern suburbs of it.

The sources added that the commander of the Third Brigade, supporting and supporting the Southern Transitional Forces, Nabil al-Mashushi, was killed in the confrontations.

Sunday evening, government forces sent large military reinforcements from Shabwa to support their forces stationed in the city of Shakra, Abyan, in preparation for their advance towards Zonjobar, large forces of the Southern Transitional Council arrived in Zonjobar, coming from Aden and Lahj, to support the forces present in Abyan.

The Southern Transitional Council confirmed Monday, that government forces launched an attack on its forces in the Abyan governorate, accusing the government of "sparking a new conflict ... after months of breaches and attacks it carried out without justification."

In a statement, the Council reaffirmed the importance of the "Riyadh Agreement" and the "pivotal role of the Kingdom of Saudi Arabia as a leader of the Arab Coaltion", and noted its commitment to peace efforts while preserving the right "to defend oneself, land and supply, and to fight terrorism and extremism."

For his part, the President of the Southern Transitional Council, Aidarous Al-Zubaidi, today addressed a letter to the people of the South, urging them to defend their "national gains" and its frankness, which obliges us to defend the gains and freedom of our people in the face of the war and terror machine that the Sanaa regime’s forces have exported to the south for three decades.

He added, "Be ready to support your heroic forces on all fronts of the fighting, and to defend the south in the face of the Houthi and Brotherhood invasion militias along the south of the land."

Al-Zubaidi likened what is happening today to "previous wars of the invasion in 1994 and 2015".

"We are in open war with the forces hostile to our national project, headed by the al Qaeda and ISIS organizations, in this battle we defend the aspirations of our southern people and their choice for independence, and to restore and build their modern federal state with full sovereignty.", he added.