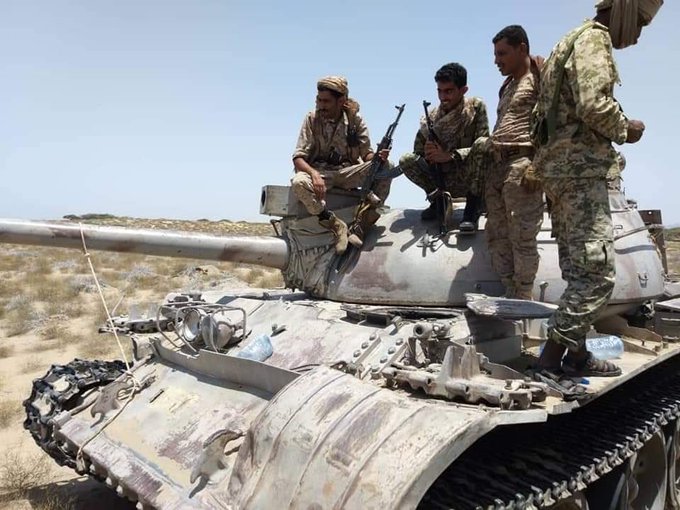 The Yemeni internationally-recognized government forces took control on Tuesday of a camp for the UAE-backed Southern Transitional Council in Abyan Governorate, in the south of the country.

A government source, preferred not to be named, said that the army forces took control of the  Support and backup "Haydra Al-Sayyed" camp in Al-Tarya area, north of Zonjobar, after violent battles with the STC Forces, which also resulted in the capture of 15 people, killing and wounding a number of the STC forces.

"The government forces also taked control of 10 crews and a military vehicles of the STC Forces.", the source added.

The source affirmed that government forces continue to advance in the areas under control of the STC Forces towards Zonjobar , the capital of Abyan.

On Monday, a spokesman for the Yemeni government forces, Abdo Mejalli, said that the transitional forces had fired "mortar" shells at army positions in the Classy and Shakra areas in Abyan.

Majalli added, in press statements, that the army forces had to respond to these provocations and enter into confrontations with the STC Forces.

On 26th April, the STC declared self-rule of and a state of emergency in south Yemen, in a move that has drawn wide local, regional and international criticism and rejection.