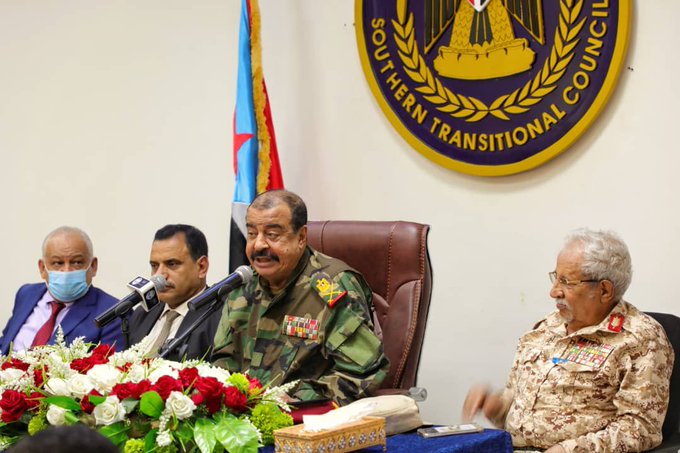 The Southern Transitional Council (STC) will launch "southern military resistance" as of Thursday in three Yemeni southern and eastern governorates, STC senior official said Wednesday, as the Hadhramout local authority expressed refusal to any unofficial military act.
"We declare for all Hadhramout tribes, youth and resistance the start of southern military resistance as of next Thursday in Hadhramout the Valley, Shabwa and Abyan governorates, and anywhere the terrorist [Muslim] Brethren militants are present," head of the 'self-government of south' tweeted.
"These moves come after reinforcements have been equipped by Brethren leaders in Seyoun and sent to Shabwa .. to back terrorist elements there," Ahmed Saeed Bin Boraik added.
For his part, Hadhramout governor said the local authority would not allow for any military act outside the official army and security channels.
"Legal actions will be taken against anyone who acts outside military and security institutions," Faraj al-Bohsoni, also chairman of the provincial security committee, added hours after the STC staged a parade.
The governor instructed military and security authorities to prevent any armed gatherings, since "Hadhramout is a unified military and security force, and any militarization beyond these institutions is unaccepted."
On 26 April, the STC announced state of emergency and self-government in Aden and other southern provinces under its control, amid international rebuff.
For the third day, Abyan has been the scene for fierce fighting between the Yemeni internationally-recognized government and STC forces.