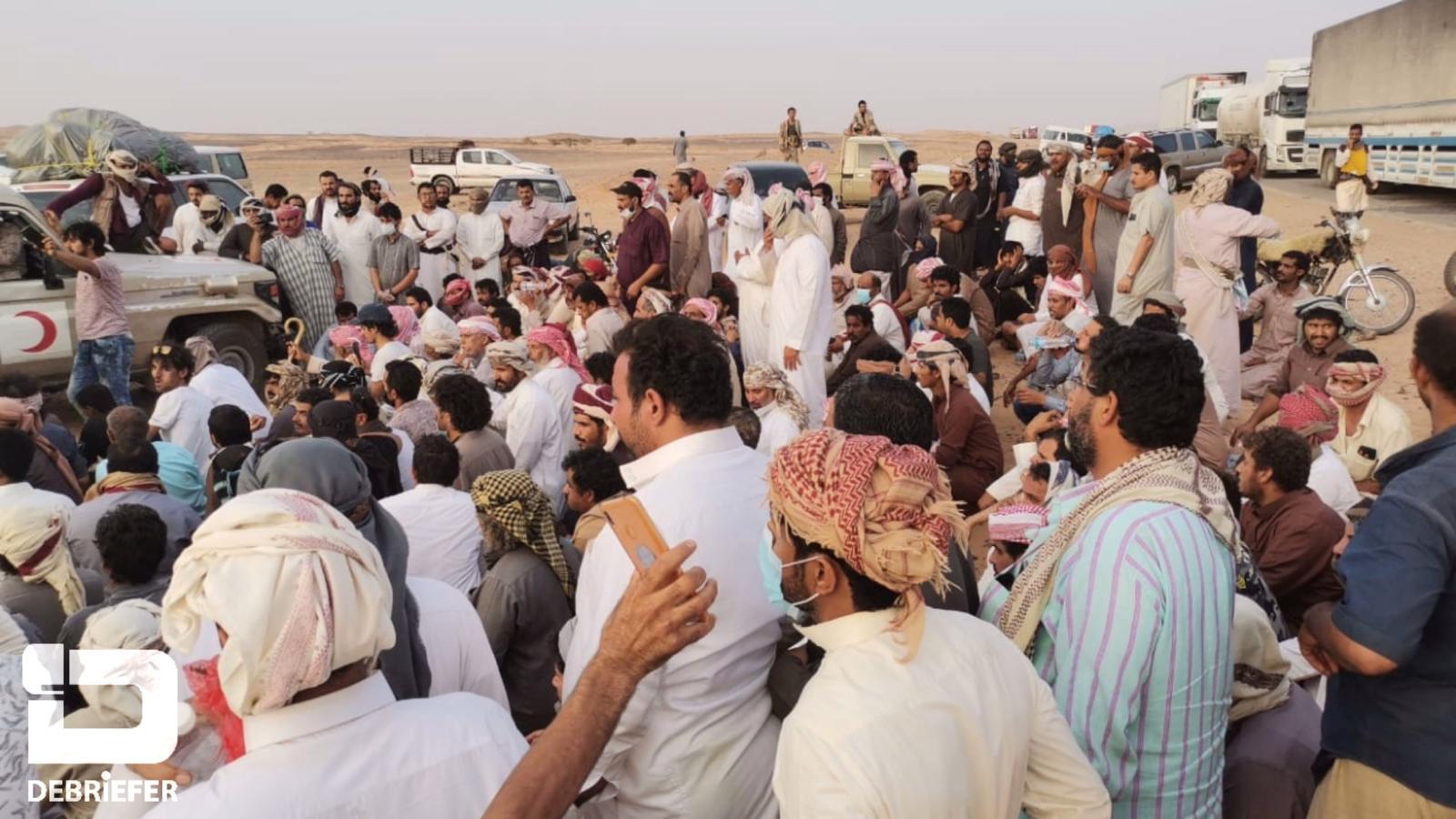 The Yemeni internationally-recognized government on Thursday said it had closed the eastern al-Wadeah border passage with Saudi Arabia to curb traveler traffic as part of anti-COVID-19 precautions.
The crossing point has been closed after previously-stranded Yemenis were allowed in according to the President exceptional instructions, the supreme emergency committee (SEC) tweeted.
The closure decision exempts commercial and relief transport traffic and special cases on whom the Yemeni consulate in Jeddah coordinates with Saudi authorities, SEC added.
The closure comes two days after 300 arrivals fled quarantine based in al-Apr in the Yemeni eastern governorate of Hadhramout, rights source told Debriefer on Tuesday.
"The travelers arrived at al-Wadeah passage Tuesday in the dawn," he added. "The safekeeping battalion took their passports and car registration cards, and escorted them to al-Apr area where they would be admitted into al-Tariq compound, assigned as health quarantine.
"To their surprise, the battalion told the arrivals that the compound would be rented at their own expense. They then blocked the main road in protest of the action, before being allowed to head their way without quarantine."
Last Thursday, the government reopened the border passage "for humanitarian reasons" to allow entry for Yemenis stranded in the Kingdom.
"It was decided to establish a health quarantine for arrivals in Wadeah, before they are allowed to proceed to their areas in Yemen," the Yemeni expatiate ministry said in a statement.
On Thursday, Yemen recorded 15 new COVID-19 infections, making the total at 87 confirmed cases across the war-torn country, including 13 deaths and two recoveries.