Houthis: 1068 coalition airstrikes since it announced ceasefire in Yemen 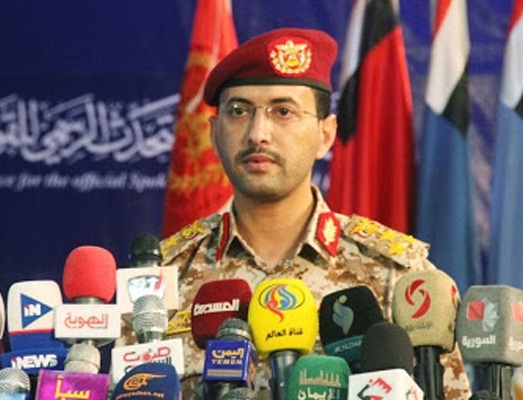 The Houthi group (Ansar Allah) said on Friday that the fighters of the Saudi-led Arab coalition in support of legitimacy in Yemen have launched more than 1068 air strikes in several governorates since it announced a ceasefire in Yemen last April.

"The total "hostile" operations of the coalition since April 9 have reached more than 86 offensive operations, infiltrations and more than 1068 air strikes.", the Houthi military spokesman, Yahya Saree said in a statement.

Saree pointed out that what he called "the forces of aggression" continued its escalation on various fronts, during the past week it launched more than 10 offensive operations distributed on Al-Jawf, Marib, Al-Bayda, Al-Dhalea, Taiz and Saada fronts.

The military spokesman added that the coalition raids during the week amounted to 258 air strikes, distributed in the governorates of Saada, Sana'a, Hajjah, Al-Bayda, Marib, Al-Jawf, and Al-Dhalea.

The Saudi-led Arab coalition had announced the extension of the ceasefire in Yemen for a month from April 23, after its previous announcement on April 8 of a two-week ceasefire, which the Houthi group considered a "media maneuver."