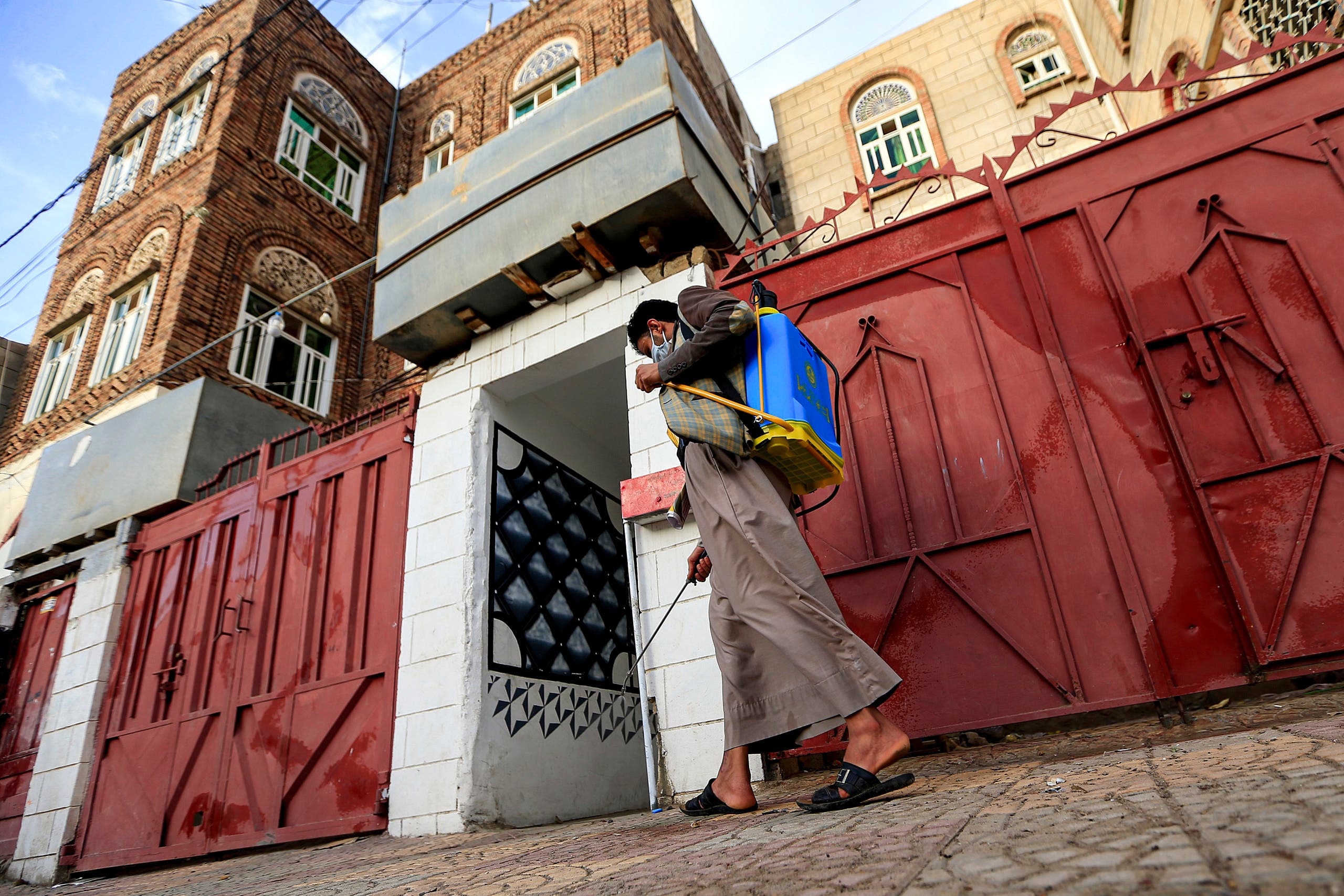 The Houthi group has misappropriated anti-COVID-19 supplies sent by the Yemeni UN-recognized government to health offices in Houthi-held governorates, the Yemeni information minister said Saturday.
"The government has sent medical supplies to all governorates, including those under Houthi control, to assist the Yemeni people in the face of COVID-19 that has dangerously spread in Houthi-held areas," Moammar al-Eryani added on Twitter.
Provided by the World Health Organization, these supplies were "looted by the group to distribute them .. for its own activities and sell them in the market.
"These practices prove barbarianism and criminality of a group that doesn't care for millions of civilians at risk of infection," he said.
The minister called on the UN Secretary-General and his special envoy for Yemen to condemn this "Houthi piracy" and to pressure the group into releasing the supplies and distributing them to hospitals.
On Thursday, member of Houthi Supreme Political Council accused the Saudi-led coalition of denying access of test equipment and ventilators.
"Their blockade obstinately imposed on Yemeni people amid coronavirus pandemic, proves how inhumane the coalition states are," Mohamed Ali al-Houthi added on Twitter.
Until Saturday dawn, Yemeni government-held areas have recorded 106 COVID-19 infections, including 15 deaths and one recovery.
Houthi authorities have reported two infections, including one death, with the official government and activists accusing the group of hiding the real figures of the virus's victims.