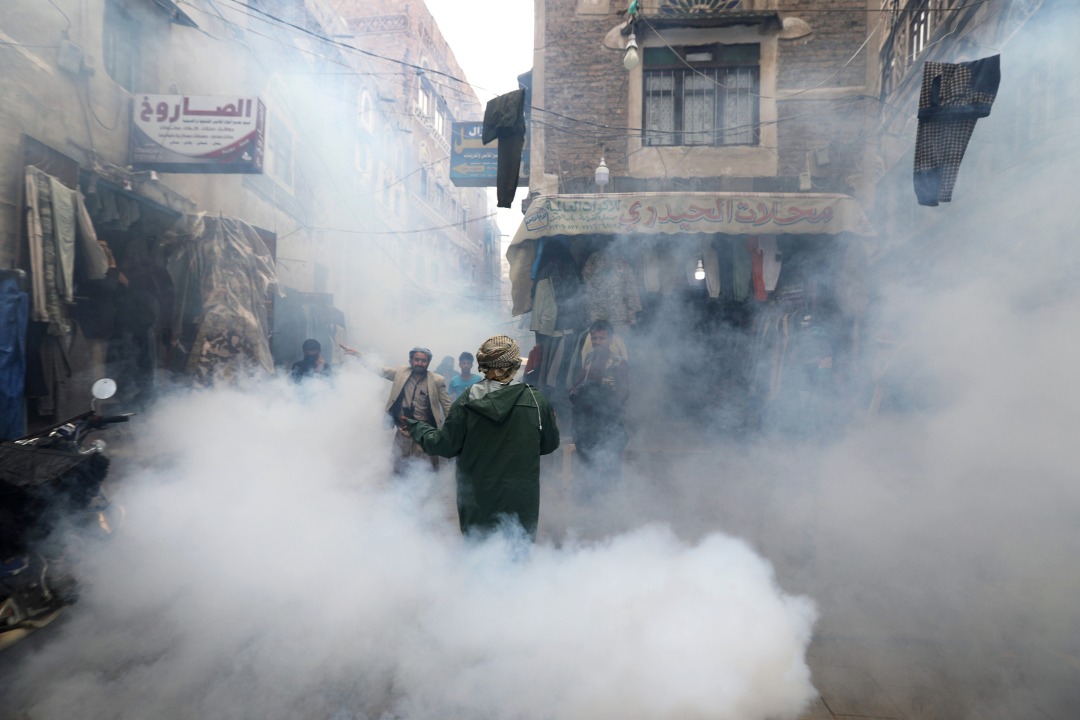 Houthi high-ranking leaders have been absent from any official and private events, source close to the group told Debriefer on Saturday, "under strict supreme instructions."
"First and second-rank leaders of the group have been admitted to private quarantine lest they catch COVID-19 infection," the source added on condition of anonymity.
"The group has already halted its cultural [religious] activities during Ramadan, and allowed for most of its administrative affiliates to work at home.
"For more than two months, the group has strictly imposed blackout on the compulsory quarantine of its leaders," he said.
The Yemeni internationally-recognized government accuses the group of hiding the real figure of COVID-19 infections in Houthi-held northern areas.
As many as 300 cases in Sana'a, at least, have not been reported, say Yemeni doctors, health workers and activists on social media.
On Saturday, medical sources claimed that the Houthis refused to unveil the results of positive tests for coronavirus cases in areas under their control.
COVID-19 has spread in three northern governorates, including the capital of Sana'a, where infections and deaths are in the rise, The Associated Press quoted the sources as saying.
The Houthis conceal the increasing cases of COVID-19 to protect their economy and forces, with the group repressing any information on the pandemic, AP sources added.
In the first week of May, scores of patients were admitted to Kuwait Hospital, the only center channeling all its capacities to combat the virus in the Yemeni capital, four officials told AP anonymously.
Fifty of them are likely infected with COVID-19, including 15 cases that died later, an official said.