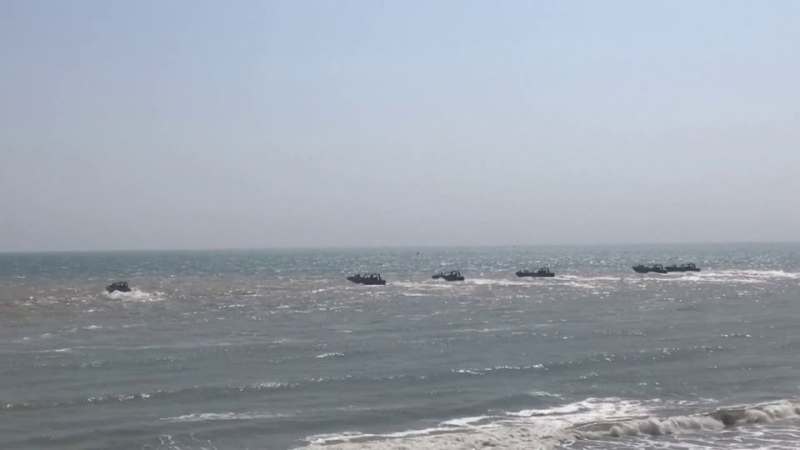 Aden security department, loyal to the Southern Transitional Council (STC), accused on Monday the Yemeni official government-run coastguard of facilitating smugglings of arms and Qaeda militants via Yemeni coasts.
The coastguard had accused the department of preventing them from performing their anti-smuggling duties, but the latter dubbed the charges as "inherited deception".
"Aden department, along with its coastguard force, is doing great work in securing international shipping routes, combating terrorism and preventing smuggling, according to available resources, in cooperation with Arab coalition," the department added in a statement. "This is what the Yemeni government-run coastguard failed to do."
Anti-terrorism and anti-smuggling are coordinated between the STC and the Saudi-led coalition, the statement claimed.
The government-run coast guard persistently asks for the only boat owned by STC-run coastguard, "on the pretext that it's needed to secure international shipping, a task commissioned to Arab coalition," it added.
"We won't hand our coasts to emirs of terrorist groups in the legitimate government," the Emirati-backed STC vice-chairman, Hani Bin Boraik, tweeted.
On Sunday, the official government called on the international community to enable the Yemeni coastguard to perform their tasks in combating terrorism and smuggling of Iranian arms, securing commercial shipping traffic and maintaining the regional stability.
On Sunday, a British vessel was attacked in the Gulf of Aden, off the Yemeni eastern port city of Mukalla, the UK Marine Trade Operations (UKTMO) said, without further details.
According to the owner firm, Stolt Tankers, the vessel Stolt Apal was hit by pirates using an RPG rocket 75 nautical miles off Yemeni shores.