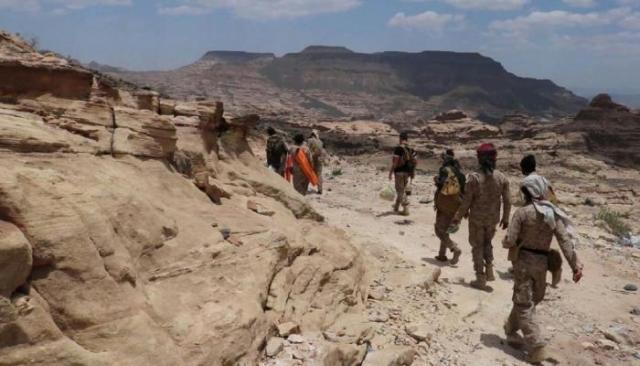 The Yemeni internationally-recognized government said on Monday that its troops had liberated military sites in Nihm, east of Sana'a city, and killed 20 Houthis fighters.
The official army launched a "typical attack, in which a number of strategic sites were freed" in Nihm, the army media center claimed.
"The battles left no less than 20 Houthi fighters killed, others injured, ordnance losses and weapons and munitions restored by government forces," it added in a statement.