STC chairman in Riyadh to discuss developments in south Yemen 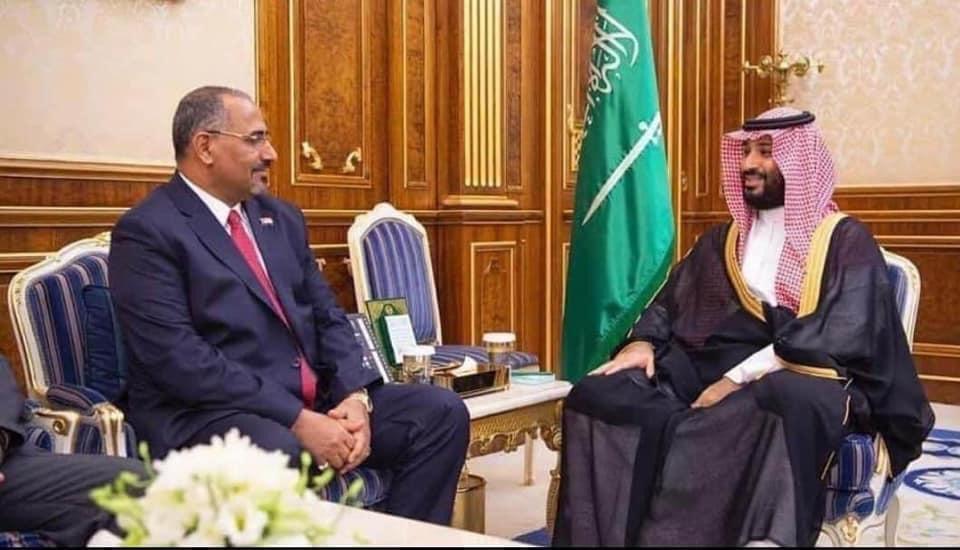 Chairman of the Southern Transitional Council (STC) arrived in Riyadh late on Tuesday.

Eidroos al-Zobaidi was invited by Saudi Arabia to visit the Kingdom for discussions on latest developments in south of Yemen.

The Saudi Crown Prince will meet with the STC chairman, diplomatic sources said earlier on Tuesday.

Saudi Arabia has officially invited Eidroos al-Zobaidi to visit Riyadh, where he would discuss with Mohamed Bin Salman the latest developments in the south, the Emirati ERM-News website quoted the sources as saying

The STC chairman will likely leave Abu Dhabi to Riyadh in the coming hours, the sources added.

Reluctant to talk about the trip's purposes, the sources said "it comes as part of the Kingdom's efforts aimed at de-escalation and discussing the recent crisis linked to coastguard.

The Saudi-led coalition backing Yemen's official government had accused the UAE-backed STC of preventing the Yemeni coastguard from guarding the shipping routes.

Resultantly, the STC refused to hand Yemeni coast to the coastguard.

"We won't hand our coasts to emirs of terrorist groups in the legitimate government," the STC vice-chairman, Hani Bin Boraik, tweeted.

On 26 April, the STC announced state of emergency and self-government in Aden and other southern provinces under its control, amid international rebuff.