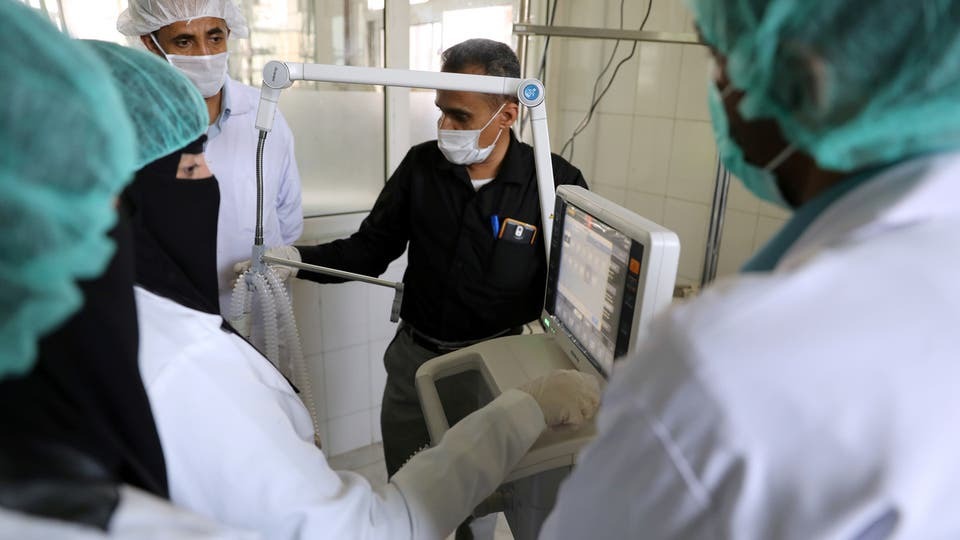 The Yemeni internationally recognized government has asked the United Nations to pressure the Ansar Allah group (Houthis) to accept the formation of a joint committee to tackle the Corona epidemic urgently and without conditions.

And the Yemeni government announced in a statement, published by the Aden-based Yemeni news agency "Saba", late Friday, its support for the statements issued by the permanent committee of the international agencies issued last Tuesday, which warned of the seriousness of the health and humanitarian situation in the country, and called for Extensive international support for Yemen

The Yemeni government renewed its condemnation of the Houthis and "their continued pursuit of the practices of the Iranian regime by falsifying facts and shirking responsibilities and hiding the real numbers and statistics of the spread of the Corona pandemic in the areas under their control."

Minister of Public Health and Population of the Houthi Salvation Government (Ansar Allah) Dr. Taha Al-Mutawakkil said on Saturday that recovery rates from Covid-19 infection in northern Yemen are very high due to "curbing media terrorism," accusing the United Nations of failing to confront the virus.

Concerning that his ministry has not announced the real numbers of cases and deaths resulting from the virus in the areas controlled by the group, Al-Mutawakkil said.

"We deal with patients out of their human right to care, not as stock market figures that the media are racing to address," al-Mutawakkil added, according to the Houthi-run "Al Masirah" TV.

The Minister of Health of the Houthi government claimed in a meeting of health cadres held in Sanaa that "there is media terrorism that made the disease turn into a stigma, and this matter behind it was a malicious media policy that ignores man and turns it into a number for bidding."

He added, "The rates of recovery cases are very high in Yemen, and this is due to the curb of media terrorism, which bears the responsibility of a large part of the number of deaths around the world."

He considered that "the complete closure proved his mistake at the world level," noting that "the countries have now started to ease the procedures for the closure and return to normal life."

Again, the Ministry of Health accused the World Health Organization (WHO) of providing improper tests, and Al-Mutawakkil said that "the inefficiency of the tests provided to us by WHO and the confusion between corona and seasonal flu prevented an accurate number of infections being given."

Al-Mutawakkil called "the medical staff to take the highest preventive precautions during the next three months," adding that "public and private hospitals should allocate sections for isolation and patient reception," indicating a large outbreak of the epidemic in light of the secrecy of the real numbers

The Minister of Health in the Houthi government said that patients from Aden governorate "took refuge in hospitals in Sana'a with the intention of treatment, and the treatment of all Yemenis is being pursued with self-efforts amid an international failure."