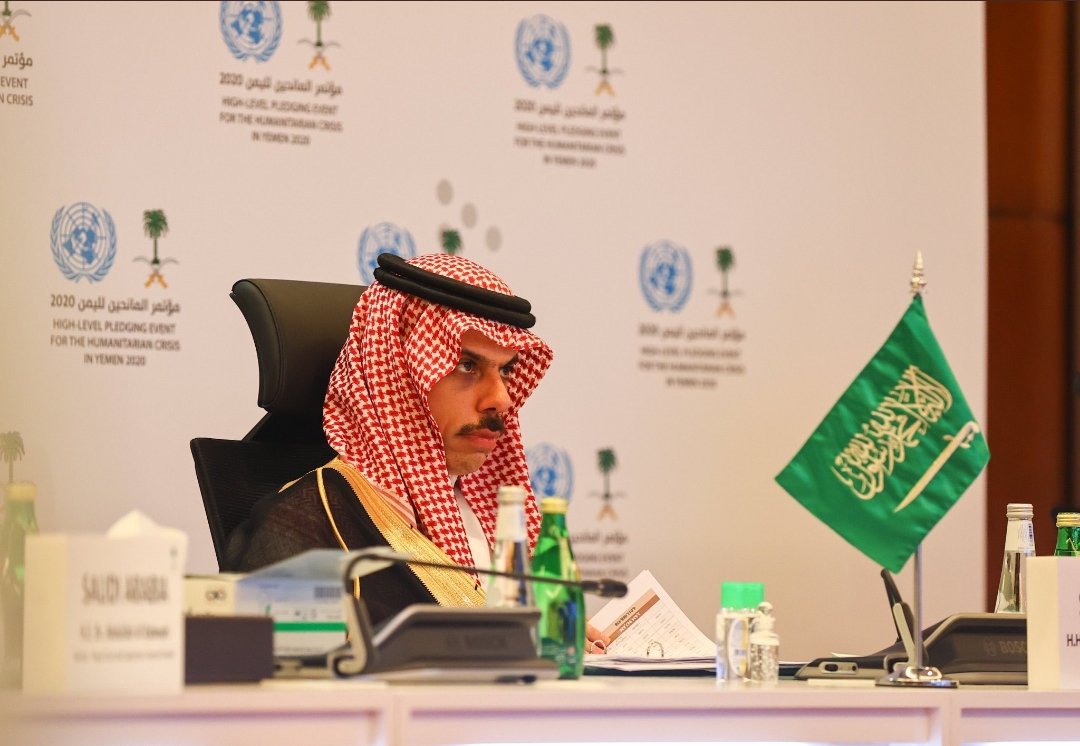 This came in a speech by the Saudi Minister of Foreign Affairs at the opening of the donors ’conference, which hosted by the Saudi capital, Riyadh, at the joint invitation of the United Nations and the Kingdom.

The Saudi foreign minister called on international organizations to contribute to the donors' conference to support humanitarian work in Yemen.

The Secretary, Faisal bin Farhan, reviewed the Kingdom's support to Yemen through the Saudi Program for Development and Reconstruction of Yemen, noting that the program has implemented 175 projects in 7 development sectors at a cost of more than 150 million and 520 thousand dollars.

As  Prince bin Farhan stressed the kingdom's keenness to support the United Nations efforts to reach a comprehensive solution in Yemen, he said that the Ansar Allah group (Houthis) did not accept the Arab coalition initiative to cease-fire.

Meanwhile, the Saudi Foreign Minister Faisal bin Farhan Al Saud called upon the international community to exert pressure on the Houthi militias to allow the UN officials access to the Safer oil tanker.