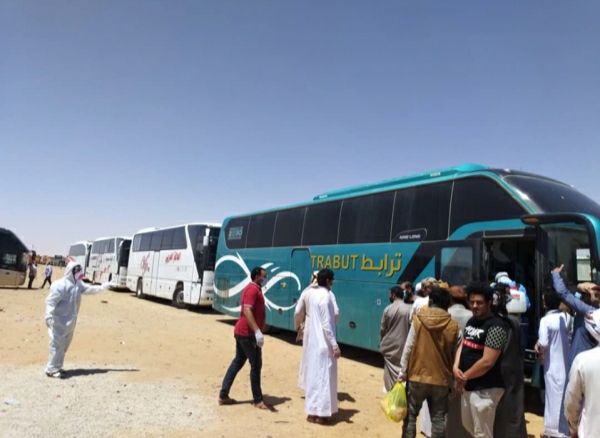 The Yemeni embassy in the Kingdom of Saudi Arabia announced that it reached an urgent and exceptional treatment for the situation of the Yemenis at the "Sharorah" crossing in Al-Wadeah, who are waiting for the ban to be lifted so that they can return to Yemen.

The Yemeni ambassador in Riyadh, Shaiea Al-Zindani, said in a statement published by the embassy website on Tuesday evening that exceptional treatment has been reached with the competent authorities in the Kingdom, who are trapped in the "Sharurah" port, and that they number approximately 950 people, provided that they conduct the necessary medical examinations.

The Yemeni ambassador in Riyadh pointed out that "treatment includes only Yemenis trapped in the outlet, not expatriates."

Al-Zindani confirmed that "the PCR-Tests will be free of charge, and coordination has been made with Sharurah General Hospital and it has been agreed that the process will be carried out regularly so that the Yemenis who are there can benefit from it.

According to the Yemeni embassy statement, those trapped in its evils will be informed of the mechanism that will be followed to conduct the tests at a rate of 150-200 people per day, starting from Tuesday evening.

The Yemeni internationally recognized Yemeni government 9 May announced the reopening of the Al-Wadeah border crossing with Saudi Arabia to receive stranded Yemenis in the Kingdom due to fears of the spread of the novel Coronavirus (Covid-19).