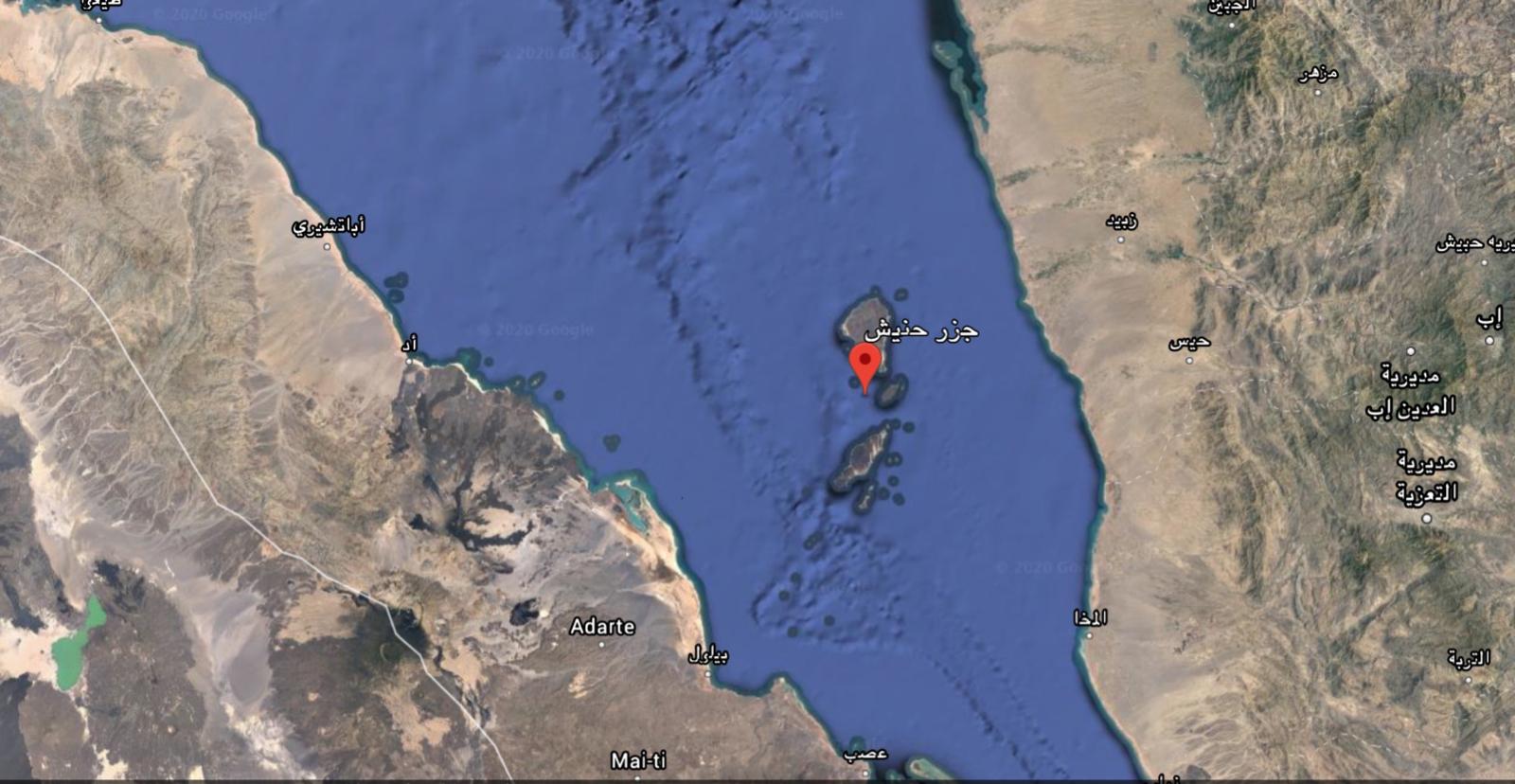 The Yemeni "legitimate" government Wednesday captured eight Eritrean coast guard forces as they entered Yemeni territorial waters in the Red Sea, in the west of the country, according to a spokesman for the joint Yemeni forces on the western coast.

The Yemeni "legitimate" government had accused Eritrea earlier Wednesday of kidnapping four fishermen from the Yemeni regional waters in the Red Sea.

"The Yemeni Coast Guard forces captured 8 Eritrean soldiers as they entered the territorial waters, near the Yemeni island of Hanish, near the Bab al-Mandab strait linking the Red Sea and the Gulf of Aden," said a spokesman for the Yemeni Joint Forces in the western coast, Colonel Waddah al-Dubeish.

Al-Dubeish added that 4 marine boats entered the territorial waters for the second time and a few hours after they kidnapped four Yemeni fishermen, forcing the government forces to confront them and arrest two boats and escape two.

"The two boats were detained and they have 8 soldiers, including the leader of the group, 4 of them with military clothes and 4 with civilian clothes, all armed, and then subjected to investigation.", he added.

The military spokesman confirmed that his forces had previously warned more than once the Eritrean forces not to enter the Yemeni territorial waters, but that these warnings received recklessness, which forced him to deal with them in accordance with international laws.

He accused those forces of kidnapping four Yemeni fishermen and taking them to Eritrea.

"The Yemeni Coast Guard forces acted to exercise restraint, to avoid direct confrontations, until the matter was raised to the United Nations and notified of Eritrea's excesses.", he said.

He called on Eritrea to "return the Yemeni fishermen it had kidnapped and offer an apology, otherwise the joint forces and the Coast Guard forces will respond at the right time and place."

Yemen and Eritrea had previously disputed the islands of the "Hanish" archipelago, located between the coasts of the two countries, near the Bab al-Mandab strait linking the Red Sea and the Gulf of Aden, before an international arbitration court adjudicated in favor of Yemen in 1998.