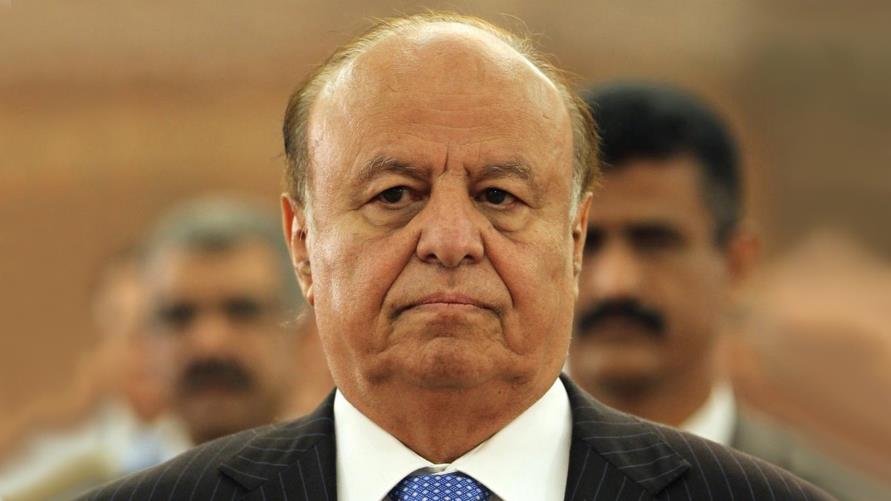 Iran always smuggles arms to the Houthi group in order to prolong war in Yemen and threaten neighboring countries, the Yemeni President said Tuesday.
At his meeting with the US ambassador to Yemen, Abd Rabbu Mansour Hadi highlighted the partnership and cooperation strategy with the US in the face of interferences carried out by Iran via the Houthis to destabilize security in Yemen, the region and international shipping routes, according to the Riyadh-based Saba.
"Iran works always and by every means on smuggling the arms to its proxies and tools in order to prolong war and threaten neighboring countries," Hadi told Ambassador Christopher Henzel.
While it constantly makes concessions to reach peace and spare the life of Yemenis, Yemen's government is faced by Houthi obduracy serving Iran's plan in the region, Saba quoted Hadi as saying.
Early on Tuesday, the Yemeni government said the Arab coalition navy had seized Iranian arms heading to Houthis off Yemen's coasts.
"The coalition forces seized a cargo while traveling from Iran off Yemen's coasts in the Arabian Sea," the Yemeni foreign ministry said in a tweet supported by a footage.
"The cargo contained hundreds of variable weapons including shells, binoculars, devices for controlling drones, and electric pieces for remote detonation," it added.
"The shipment was heading for the Houthi militias, in blatant violation of the UNSC relevant resolutions," the ministry said condemning the "persistent smuggling of arms to Houthis" and calling for an end to the "Iranian regime's violations in Yemen.
On Saturday, Saudi navy a cargo of Iranian weapons bound for the Houthi group in Yemen, the Saudi Minister for Foreign Affairs, Adel al-Jubair said without further details.