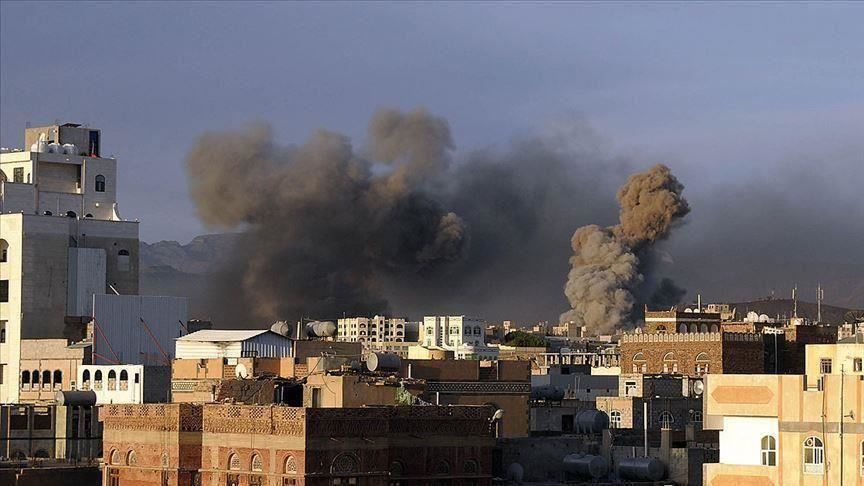 A child and an elderly woman were killed and six other civilians including children injured in Saudi-led airstrikes in Yemen's northern province of Saada, the Houthi Group, Ansar Allah, said on Thursday.
The airstrikes targeted the area of Al-Maqash in the district of Al-Safra'a late on Wednesday night, the group said.
On Wednesday, the Saudi-led coalition, which has been fighting in Yemen since 2015, launched 64 airstrikes in a number of Yemeni provinces, including 25 airstrikes in the capital Sanaa and 9 airstrikes in areas on its outskirts, the Houthi-run Saba news agency reported.
Commenting on the airstrikes, Houthi spokesperson Mohammed Abdulsalam wrote on Twitter: "Amid a continued blockade, criminal airstrikes have been carried out in the capital Sanaa and a number of provinces within aggression which is not talked about by Arabs and the world. But when our nation practices its right of response, the region and others buzz and make statements of condemnation".
"Under these imbalanced scales, our people will stick to their right of response alongside the army and the popular committees and respond with harshest operations," Mohammed added.
Separately, the official Saudi TV channel said the coalition has started a new offensive against the Iran-backed Houthi Group after latest missile and drone attacks on border cities.
On 23rd June, the Houthis said they had targeted the Saudi defence ministry and military intelligence headquarters in Riyadh and Saudi military bases in border cities with explosive drones and ballistic missiles. At the time, the coalition said it had shot down 8 Houthi drones and 4 ballistic missiles over Najran and Jizan provinces.