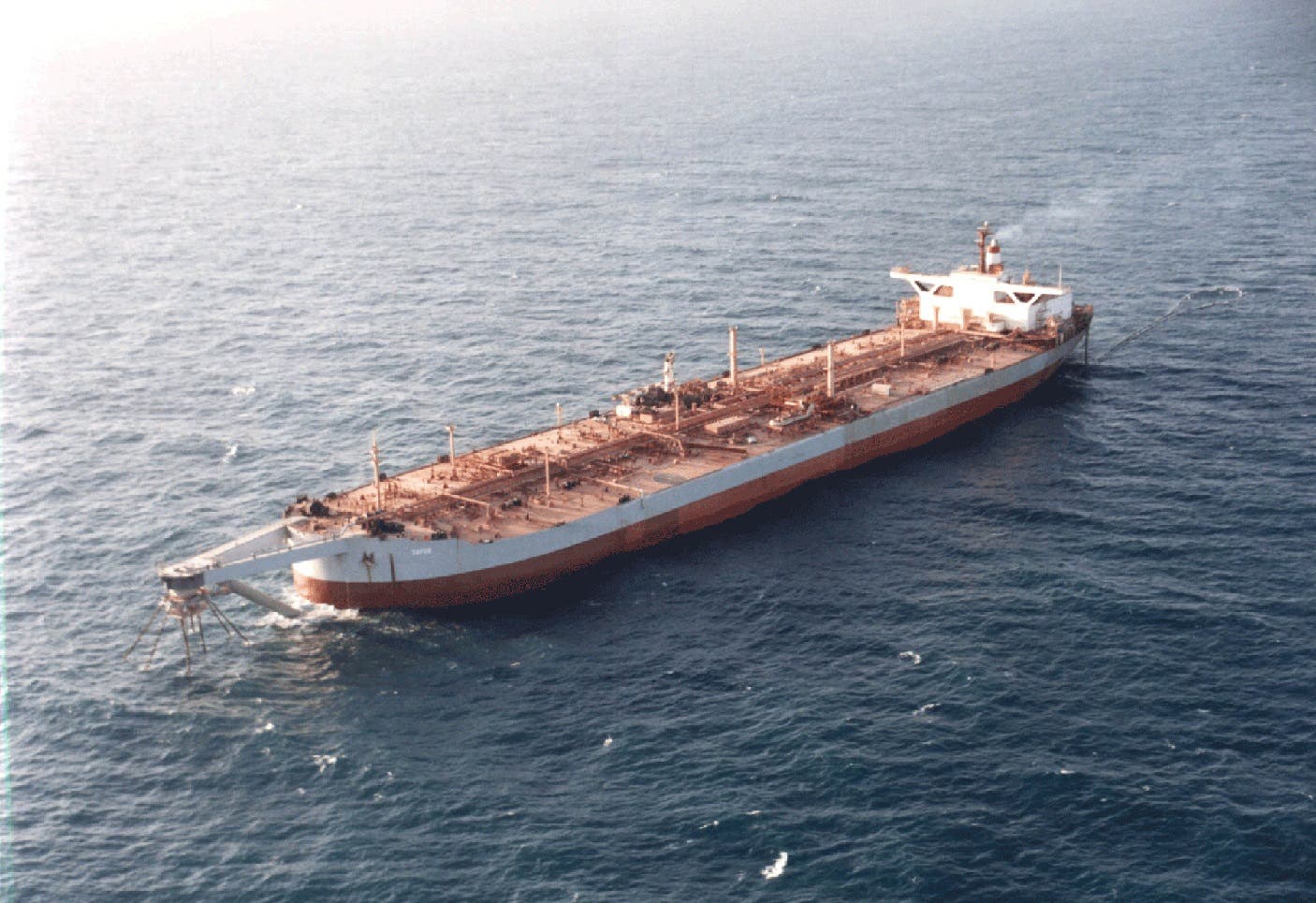 Yemen's internationally recognised government has called for a meeting by the United Nations Security Council over the Safer Floating Storage and Offloading Vessel as it accused the Houthi Group of preventing UN experts from accessing the decaying vessel.
The vessel with more than 1 million barrels of crude on board has been deserted and not inspected for around five years. It is moored off the coat of Ras Isa in the Red Sea. If it explodes, it will cause one of the largest environmental disasters in the world.
In a letter sent by foreign minister Mohammed Al-Hadhrami to the UNSC, the government demanded to deal with the issue of the vessel away from other issues and arrangements included in the UN envoy's initiative. It is an issue that should be treated urgently, separately and decisively, he said.
The UNSC should take necessary measures to commit the Houthis to allowing UN experts to access the vessel without pre-conditions in order to avoid an environmental disaster in the region and the world, Al-Hadhrami said in the letter.
The government has accused the Houthis of putting conditions and asking for guarantees to collect $80 million in estimated revenue of the crude onboard the vessel in return for allowing UN experts to inspect the vessel.
He pointed to the issue of holes that allowed seawater to seep into the decaying vessel in May that triggered fears the vessel could explode and sink.
"The Houthis have refused all government and international efforts to address the issue, including agreement of the government to a proposal by the UN envoy to Yemen to separate the Safer vessel issue from other topics discussed within the efforts to end the war.
On Wednesday, member of the Houthi supreme political council, Mohammed Al-Houthi, said the Houthi Group, also known as Ansar Allah, had sent a team to carry out initial maintenance of the vessel. But he did not give more details.
In June, the United Nations Under-Secretary-General for Humanitarian Affairs and Emergency Relief Coordinator and the Head of the United Nations Office for the Coordination of Humanitarian Affairs, Mark Lowcock, told the UNSC they were working with the office of the UN envoy to Yemen to get permits from the Houthis to access the vessel to assess its condition.