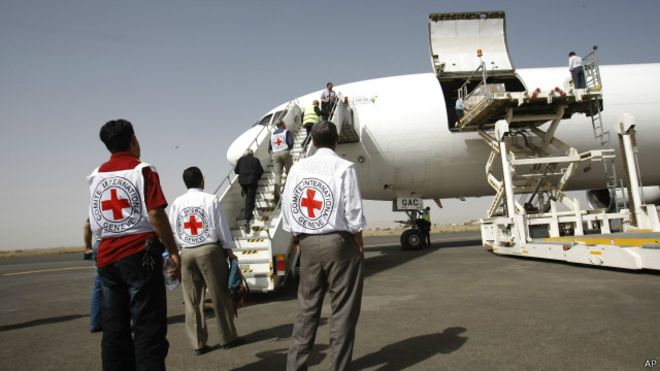 Sa'ada (Debriefer) - The International Committee of Red Cross (ICRC) has delivered food baskets to 17,500 people in the Yemeni northern governorate of Sa'ada, the charity's country office said Sunday on Facebook.
"Nearly 4 million displaced Yemenis, most of them children and women, are still in need of assistance," the ICRC added in a brief release.
"We've distributed food baskets to 17,500 people from families displaced in Monabih district of Sa'ada as part of our emergency response to the most urgent humanitarian needs across the country," it said.
Yemen has been racked by an armed conflict that broke out in March 2015, triggering what the UN calls the world's worst humanitarian crisis, with most of the population in need for a type of humanitarian aid and immediate protection.