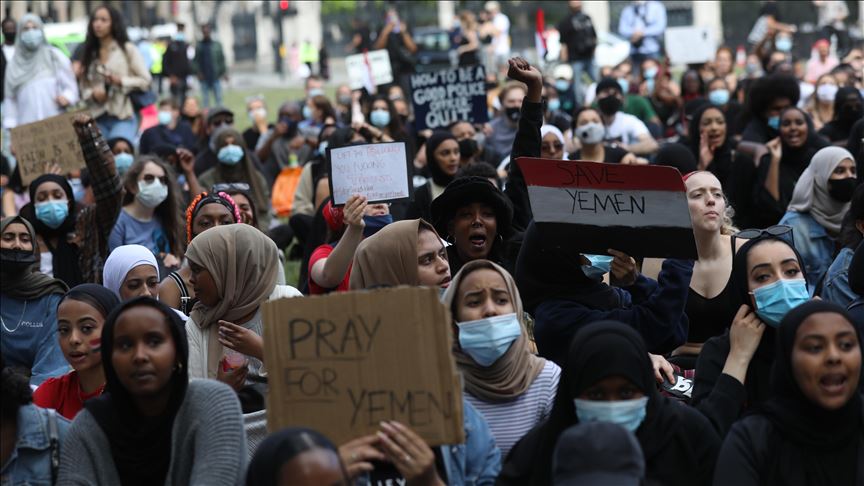 London (Debriefer) - Tens of activists on Sunday took to street in London to denounce the 5-year war in Yemen, attacking the European countries selling weapons to Saudi Arabia and United Arab Emirates leading a military coalition there.
Protestors raised Yemeni flags and signs reading "Justice for Yemen", "Save Yemen" and "Stop Saudi Arabia".
The campaigners called on the British and other European governments to stop arms sales to Saudi Arabia and UAE.
They also launched an assistance campaign for Yemen.
Yemen has been racked by an armed conflict that broke out after the Iranian-backed Houthis had ousted the internationally-recognized government late in 2014.
The conflict escalated after a Saudi-led coalition intervened militarily in the country in March 2015 to reinstate the government of President Hadi, leaving tens of thousands killed, hundreds of thousands injured, and 3 million displaced.