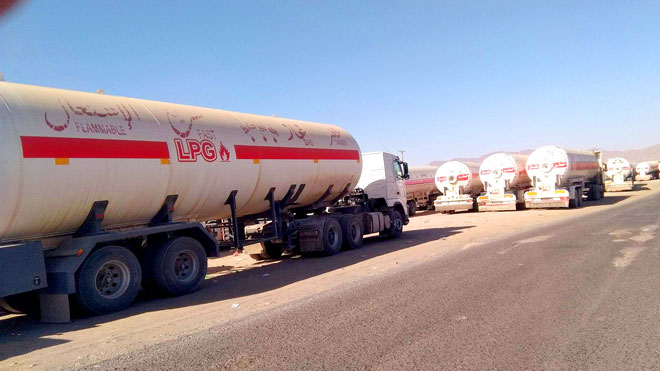 Sana'a (Debriefer) - The Saudi-led coalition supporting legitimacy in Yemen detains two tankers with more than 20,000 tons of gas aboard, the Houthi-run Yemen Petroleum Company (YPC) said Tuesday.
The Arab coalition is persistently holding 20,850 tons of gas on two vessels that have already obtained UN permits to arrive at Hodeida port, the YPC said in a statement carried by Sana'a-based Saba.
Earlier on Tuesday, the coalition released one tanker loaded with 8,315 tons of gas, it added, after the ship had been detained for 60 days.
YPC called on the UN to press for the coalition's allowing the two ships entry to meet gas demand at local market.
On Thursday, the Yemeni internationally-recognized government, at the UN envoy's request, approved the arrival of four vessels in the Houthi-held Red Sea port city of Hodeida.
The approval comes to help Envoy Martin Griffiths' office arrange for a meeting between government and Houthi representatives to discuss a mechanism for allocating the oil import taxes for civil servant salaries, the government-run supreme economic council said.
On Saturday, two oil tankers arrived in Hodeida with 29,134 tons of petrol and 27,502 tons of diesel onboard, the Sana'a-based YPC said.