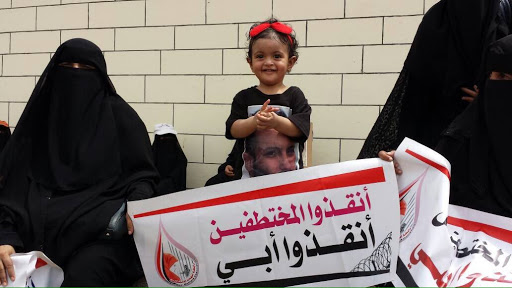 GENEVA (Debriefer)--The Sam organisation for rights and liberties on Wednesday warned the Yemeni warring parties holding consultations in the Saudi capital Riyadh of the consequences of ignoring the file of the detainees in south Yemen.
A statement by the organisation called on the internationally recognised government and the south transitional council not to repeat the mistake of the Riyadh Agreement which  was signed by the two sides last year. The agreement ignored the issue of the detainees and forcibly disappeared persons in the south, the organisation said.
It held Saudi Arabia and the United Arab Emirates responsible for the issue of the detainees because the two countries are running all southern regions and have influence on the warring factions there. The two countries have been leading an Arab military coalition in Yemen since March 2015.
CEO of the organisation, Tawfik Al-Hamidi, said: "The organisation has received many reports from families of arbitrarily detained persons saying the management of the Bir Ahmed Jail in Aden has been denying family visits to detainees for three months. Jail officers are also ignoring judicial orders to release some detainees and orders regarding improving health conditions of detainees inside the jail".
Relatives of detainees hope the new Riyadh Agreement will include fair terms on human rights violations and political assassinations in Aden and other southern provinces, he said.
The organisation urged the factions to handle the issue away from political settlements or baseless accusations, especially amid spread of coronavirus and lack of health and legal guarantees for the detainees.
Any agreement which does not address the issue of detainees and forced disappearances will not succeed, a matter which requires addressing the issue through revealing the whereabouts of all detainees and forcibly disappeared persons, releasing detainees, repatriations and enabling community access to information about the issue, it concluded.