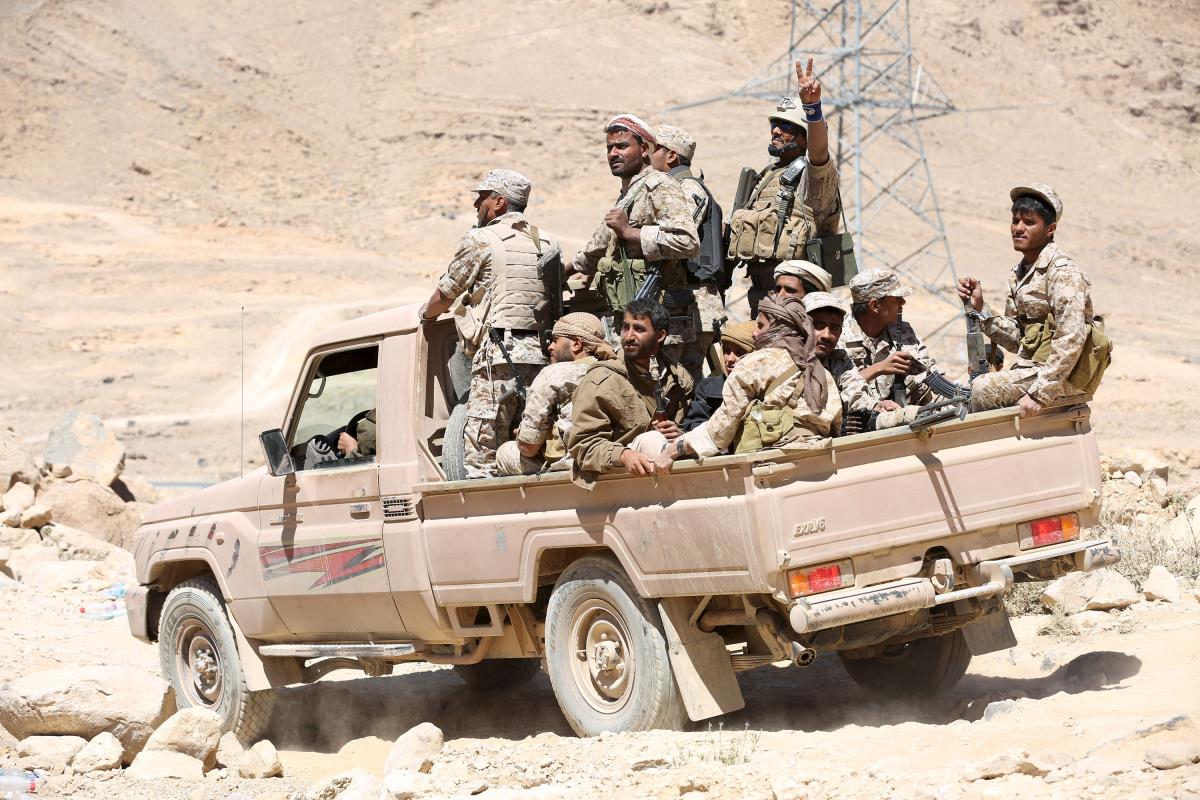 SANNA (Debriefer)--Forces of Yemen's legitimate government said on Thursday they were advancing against the Houthi forces in the district of Nihem in east of the capital Sanaa.
We launched a massive assault on Houthi sites early Thursday, liberated vast areas and seized large weapons and munitions, a military source told the information centre of the government forces.
The government forces were approaching the Al-Jafrah Valley which is several kilometers away from the Jawf strategic junction on Sanaa-Marib road, media sources said, adding that the Saudi-led coalition, which has been fighting in Yemen since 2015, struck Houthi reinforcements in the area.
Yemen has been devastated by a six-year conflict which started after the Iran-backed Ansar Allah Group, known as the Houthis, ousted the government of the internationally recognized president Abdrabbuh Mansur Hadi in late 2014.
The conflict escalated after the coalition launched a military intervention in support of the government, causing the world's worst humanitarian crisis since 1945. More than 80% of the country's population needs humanitarian aid, according to the UN.