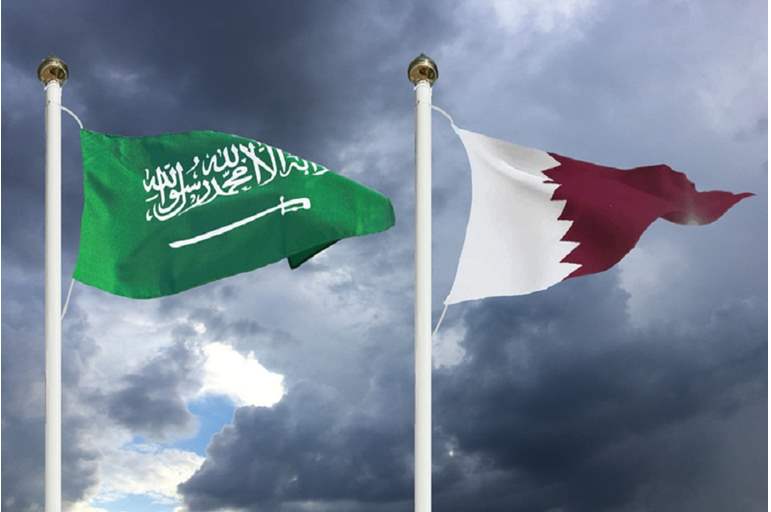 Report (Debriefer) - By: Abdul Malik al-Jarmozi The Kingdom of Saudi Arabia is publically fighting a propaganda, intelligence war in order to extradite Saad al-Jabri, a Saudi intelligence officer, from Canada that has shown strong objection amid a campaign adopted by media outlets like The New York Times and Al-Jazeera.

The Qatari Al-Jazeera TV, in particular, seems to have deprived the Saudi Crown Prince Mohamed Bin Salman (known by initials MBS) of sleep and made him seek help of every means, including the Yemeni UN-recognized government, in his counter-campaign against Qatar.

His resorting to it suggests that MBS is now as useless as the Yemeni government, which is unable to return to its interim capital in Aden and has performed its "sham" missions from Riyadh.

On Friday, the Yemeni information minister accused Qatar of adopting a policy in harmony with the Iranian-backed Houthi agenda, harming the national issue and Yemeni people's interests.

"Qatar has established satellites and websites persistently insulting the Yemeni government, dismantling the national front and diverting the public opinion to subside issues, with political propaganda not different from that the al-Masyra TV whose broadcast is supervised and funded by Hezbollah and Iran," Moammar al-Eryani added in a tweet.

He talked about restoration of the State, while the Emirati-backed separatists Southern Transitional Council (STC) has been imposing self-rule in the interim capital and other southern provinces, with Saudi bless.

The minister called on Qatar to "reconsider stances and policies and not use the Yemeni issue for political blackmail or renounce sacrifices of Yemeni people while countering the Iranian expansionist project and subversive policies targeting all the countries in the region."

With its position away from Arab unification in the face of challenges facing the Arab nation, particularly the Yemeni crisis, Qatar "offers free service to Iran, out of desire to settle political scores," Eryani added.

The minister's attack against Qatar comes three days after a similar criticism by the Yemeni Premier Maeen Abdulmalek, who accused the Gulf state of supporting the Houthi group, a charge dubbed by Doha as absurd.

Qatar has called Yemeni officials to refrain from inter-conflicts, in which they may be sought to be dragged, and avoid using their people's tragedy to serve conflicts they have nothing to do with.

Many Yemeni officials complain of Emirati interference in sovereign decisions, and have clearly said Saudi Arabia was content with the STC coup against the Riyadh Agreement and legitimacy.

Yet, the official government has not taken an obvious stance at the Saudi, Emirati actions affecting the Yemeni sovereignty in many southern cities, including the recent STC's declaration of self-rule in Socotra.

While the Yemeni government has not filed an official complaint against Qatar, as it did against the United Arab Emirates last October, Emirati media outlets have hailed the Yemeni PM and his information minister.

On 30 October 2019, the government deplored the "Emirati blatant aggression aimed at preventing the legitimacy from spreading its power" on Yemeni land.

Its persistent provision of heavy weapons to the STC means the UAE is obdurately seeking to undermine Yemen's legitimacy, the government said then in a statement.

One day after Emirati airstrikes on its military sites in Aden and Abyan, the government called on the UN Security Council to hold a special session and discuss the "Emirati assaults and interferences in Yemen," blaming the UAE for the "armed rebellion in the south."