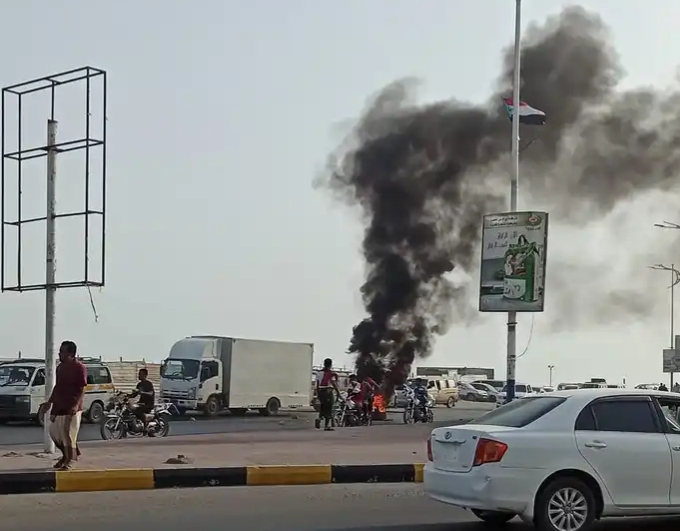 Mukalla (Debriefer) Yemen's public protests on Thursday further spread from Aden to the eastern port city of Mukalla, Hadhramout's provincial capital.
Hundreds of demonstrators took to Mukalla streets to protest bad livings and economic situation, local sources said, amid depreciation of local money, increase in prices, decline in services and prolonged blackouts.
The protestors set fire to used tires and blocked main streets, obstructing the traffic, according to eyewitnesses.
Protests began in Aden, Yemen's interim capital, six days ago, adding to the challenges faced by the official government and the newly-formed Leadership Council (LC).
On Wednesday, President Rashad al-Alimi promised that his LC would exert every effort to correct the current shortcomings and lessen the suffering lived by the Yemenis across Yemen because of the Houthi-sparked war.
While it appreciates the protestors' demands, the LC needs time to tackle the situations, he added on a tweet.