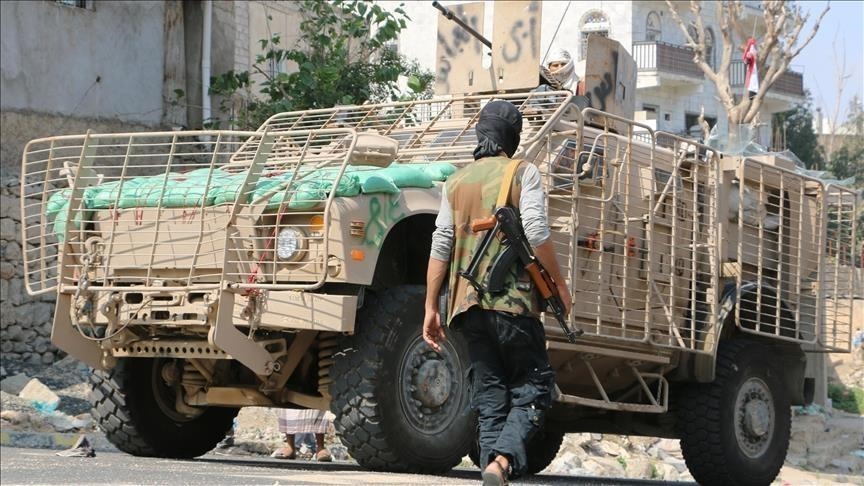 Abyan (Debriefer) Yemen's security authorities late on Wednesday started an operation to pursue Qaeda militants in the southern governorate of Abyan, after five government soldiers were killed in an armed attack.
Abyan security department called on the governorate people to support the armed forces in purifying Abyan from Qaeda terrorist militants.
The Yemeni troops are carrying out a comprehensive operation, and all Abyan's districts will be the scene for this operation led by security and military commanders, the department said in a statement.
"It's time to revenge for bloods shed by terrorist militants in Abyan governorate," the statement added.
On Wednesday, the government-affiliated presidential protection brigades said "five soldiers were killed in an ambush in Khabr al-Maraqisha," east Zinjobar, Abyan's provincial capital.
While brigades' statement did not identify the attackers, local media said they were Qaeda militants.
Al-Qaeda in the Arabian Peninsula (AQAP) is active in many Yemeni governorates, particularly in Abyan.
AQAP militants carry out frequent attacks against government facilities, leaving deaths and injuries among military and civilians.