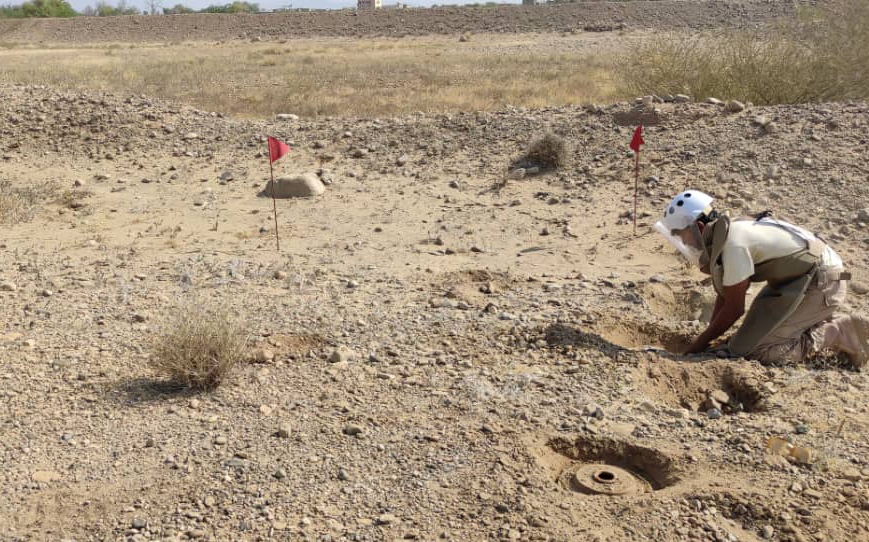 Riyadh (Debriefer) Saudi Arabia on Thursday announced one-year extension of the KSrelief-funded MASAM demining project, with total cost of US$ 33.29 million.
The extension of this contract interprets the human responsibility felt by KSrelief towards brothers in Yemen, said the general supervisor of the King Salman Center for Relief and Humanitarian Works (KSrelief).
This project is tasked with purifying the Yemeni lands from mines made and laid by the Houthi group in unprecedentedly random way and in different shapes targeting the civilians, Dr. Abdullah al-Rabiea added in a statement.
The Houthi mines left thousands of women, children and aged men killed or with chronic disabilities, the Saudi official said, noting that his project so far dismantled 346,570 mines and shells of different types.
MASAM is conducted by Saudi and international experts and Yemeni teams that were trained to remove mines, he added in the statement carried by the Saudi Press Agency.
MASAM is aimed to defuse direct threats to innocents' lives by removing the widely spread mines from the Yemeni lands, and the project carries out trainings and capacity-building activities for Yemeni workers.
KSrelief began the first phase of MASAM on 25 June 2018 to demine Yemeni lands for five years.