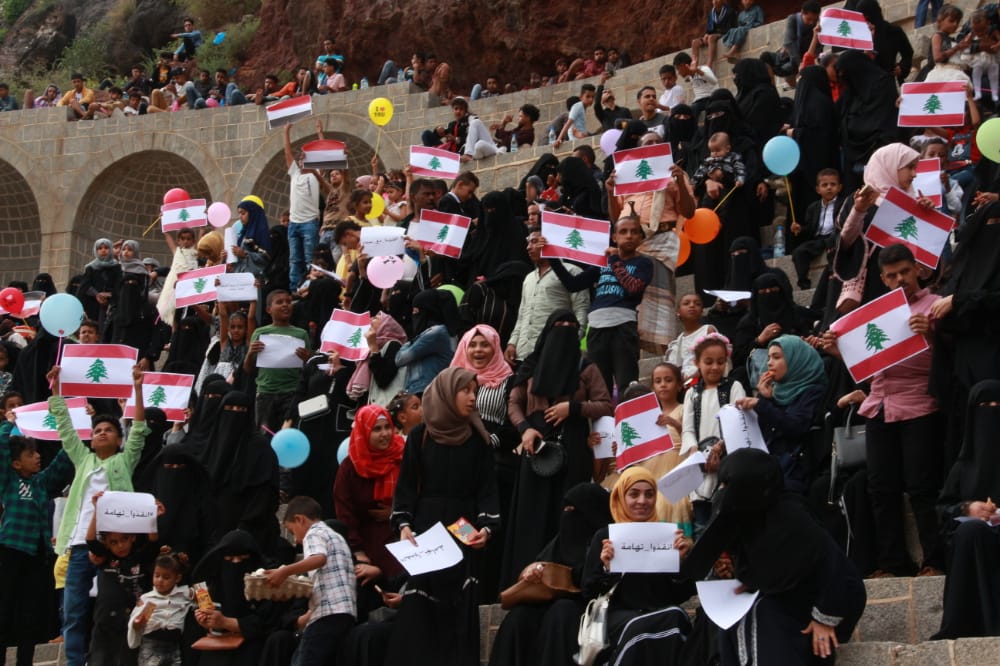 Report (Debriefer) - The Yemeni southwestern city of Taiz towers above its wounds and disputes and always takes the lead in positions of solidarity with national and Arab issues.
Despite the Houthi siege for more than five years, inter-disputes leading to armed conflict between groups engaged in "resistance", and official negligence towards a city that exported knowledge and revolution to the whole Yemen, Taiz and its people still present humane symbol.
On Wednesday, thousands of Taiz people took to streets with signs showing solidarity with Lebanon and victims of the disastrous explosions. Taiz also keenly expressed sympathy for their floods-affected natives in Tehama amid sufferings ignored by authorities.
During the last 100 years, Tehama has been accustomed to successive governments' negligence long complained by Taiz. Today, the beset city sympathizes for Tehama people whose faces tell their miseries.
Taiz rally – in support to Lebanon and Tehama – is a genuine deed inherited in a governorate that often takes the lead in offering solidarity for all the nation's issues and grave events, director of Taiz culture office told Debriefer.
"From amphitheaters of the Cairo Castel, Taiz audience sent messages of love and solidarity to Tehama that suffers and Beirut that won't die," Abdul Khaliq Saif added. "They lifted 'We love you Lebanon' and 'Save Tehama' signs, and waved flags of both Yemen and Lebanon.
"This is Taiz's great, national, humane role, regardless of all its sufferings," he said.
Taiz is always consciously and responsibly present in the humane, noble stances. The city has been hurt by the Tuesday huge explosion in Beirut, with its human and economic losses. It has been also pained by sufferings of Tehama people whose houses were swept away by recent floods.
Erect at the middle of Taiz, the historic Cairo Castel hosted the city's solidarity event calling for peace and safety for both Lebanon and Tehama.
Neither war nor siege may weaken or cause damage to Taiz.