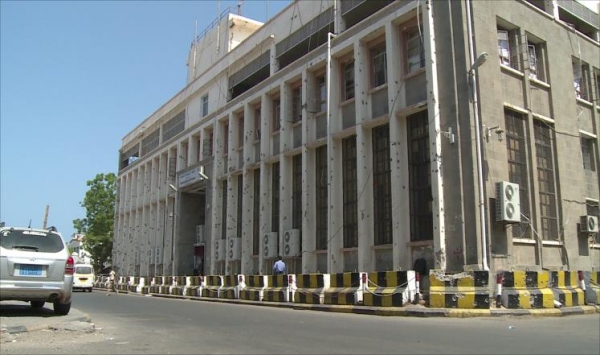 Riyadh (Debriefer) - Riyadh has approved the 38th withdrawal from the Saudi deposit, the Yemeni official government-run supreme economic council (SEC) tweeted on Tuesday.
The US$ 61.5-million-worth payment is aimed to cover applications for documentary credits to import basic goods and secure their delivery to people across Yemen at affordable prices, it added in a statement.
The new payment will help withdraw Yemeni cash of nearly 40 billion rials, which means increasing the demand on local currency at exchange market, boosting its value and curbing exchange rates speculations, it said.
The Saudi deposit will help restore trust on the Central Bank of Yemen (CBY) and on its ability to improve the Yemenis' livings, making use of Saudi constant support, the SEC added.
"The $ 2-billion deposit had great impact in supporting the Yemeni economy, securing the importation of basic commodities and their access to people at affordable prices, and preventing a collapse of local money."
On Wednesday, the Yemeni information minister, Moammar al-Eryani, criticized the Houthi policies "devastating the national economy by persistently looting the State's public revenues, preventing the circulation of national currency in areas under the group's control, money laundering and hard money speculations, promoting the oil black market, and harassing the private sector."
The Kingdom is the biggest supporter of Yemen, the Saudi ambassador to Yemen said on 1 June, citing the US$ 17 billion in humanitarian and development aid to the war-torn country since 2012.
Saudi Arabia led donors in funding the UN Yemen's response plan with $ 500 million in 2018 and 750 million in 2019, in addition to other humanitarian initiatives and programs, Mohamed Al Jaber added in a tweet.
The Kingdom has been leading a military coalition in Yemen since 26 March 2015, in support of forces loyal to President Hadi to retake areas controlled by the Iranian-back Houthi group.
Yemen conflict has triggered what the UN calls the world's worst humanitarian crisis, with most of the population in need for a type of humanitarian aid and immediate protection.
Hosted by Riyadh on 2 June, Yemen's pledging conference raised only half of the required $ 2.41-billion funding.
Pledges made by donors for Yemen have failed to keep pace with the war-torn country's needs, Oxfam Executive Director said then at the conference, calling for ceasefire and a halt of arms sales to Saudi Arabia and warring parties.
"The only sustainable solution to the crisis in Yemen is a permanent ceasefire," Jose Maria Vera added on Facebook.
The international community needs to do all it can to put pressure on the parties to Yemen's war to accept a ceasefire and return to useful negotiations aimed at achieving a peaceful solution, he urged.