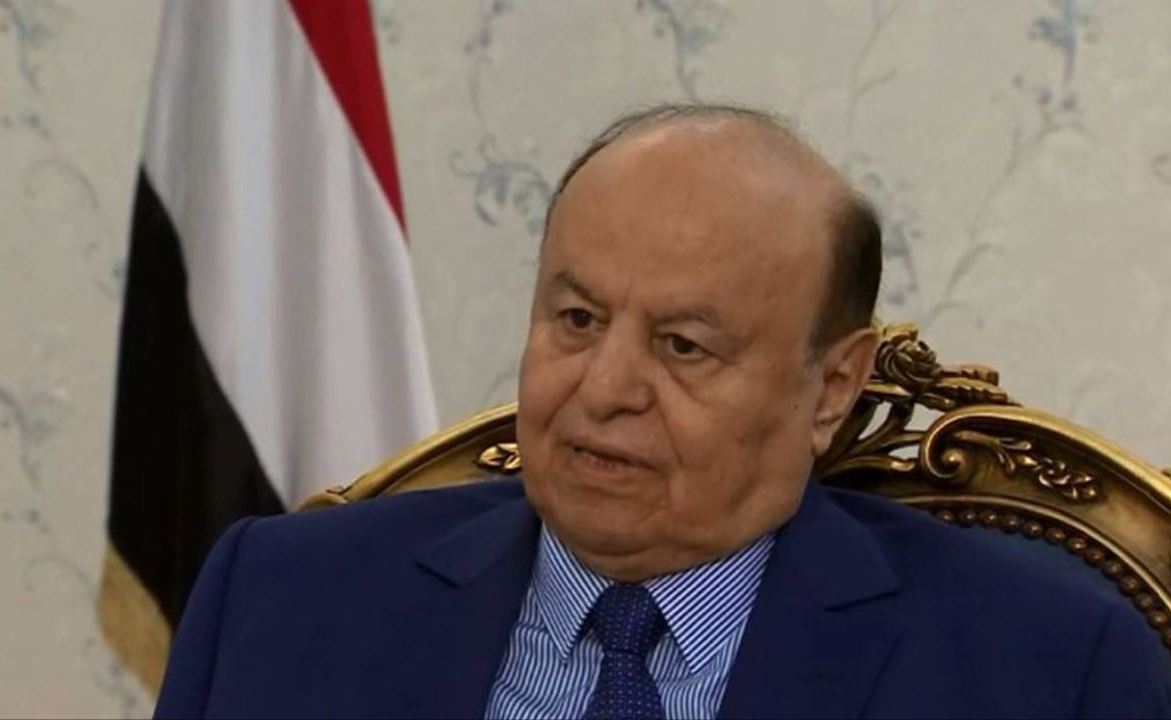 New York (Debriefer) - Yemen's President on Thursday called for international thoughtful actions to put an end to the FSO facility Safer risk and to the Houthi escalation in the northeastern governorate of Marib and missile and drone attacks on Saudi lands.
The Yemeni people needs support from the international community in the face of all the tragedies and hard living conditions stemmed from a war raged by the Iranian-backed Houthi group, President Abd Rabbu Mansour Hadi told the UN General Assembly's 75th virtual meeting.
He called on the international community to mobilize support for the Yemeni UN-recognized government's efforts to tackle economic trials and its policies to prop the depreciating national currency.
The Houthis should not be allowed to use humanitarian issues for blackmail purposes by "obstinately looting funds" allocated to pay civil servant salaries and hindering the UN efforts, Hadi added.
He urged the international community to pressure the Houthis into allowing UN repair teams access to Safer and prevent a looming disaster posed by the derelict supertanker.
Strides have been made in applying the Riyadh Agreement aimed to achieve stability and cope with regretful events seen in August 2019 by the Yemeni interim capital, Aden, Hadi said.
The Houthi recent escalation in Marib, while repeatedly targeting civilian facilities and civilians in Saudi Arabia, "gives clear image of the group's intentions and stance at peace," the President added.
Since September 2014, the Yemeni capital Sana'a and most northern provinces have been under Houthi control.
Saudi Arabia has been leading a military coalition in Yemen since 26 March 2015, in support of forces loyal to President Hadi to retake areas controlled by the Iranian-backed group.
The Houthi group sends ballistic missiles and bomb-laden drones to Saudi lands, and has recently stepped up military operations in an attempt to overthrow the oil-rich governorate of Marib.