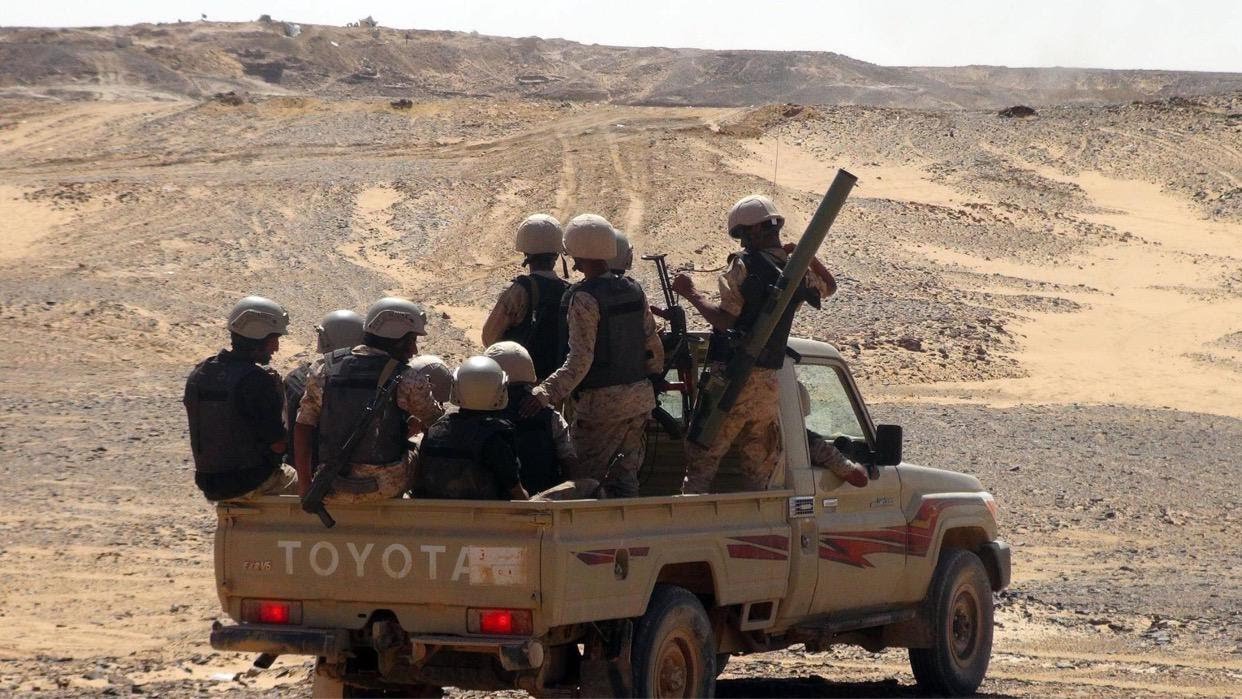 Sa'ada (Debriefer) - Ten Yemeni troops were killed and others wounded on Wednesday, when a Houthi missile hit a military base of the official army in the northern governorate of Sa'ada at borders with Saudi Arabia.
The attack targeted the first brigade's camp supervised by Saudi army backing the Yemeni UN-recognized President Hadi in a bid to reinstate his government.
No immediate comment has been released by the Houthi group on the attack.
Saudi Arabia has been leading a military coalition in Yemen since 26 March 2015, in support of forces loyal to President Hadi to retake areas controlled by the Iranian-backed Houthis.
Yemen 6-year war has left more than 100,000 people killed, triggering what the UN calls the world's worst humanitarian crisis.