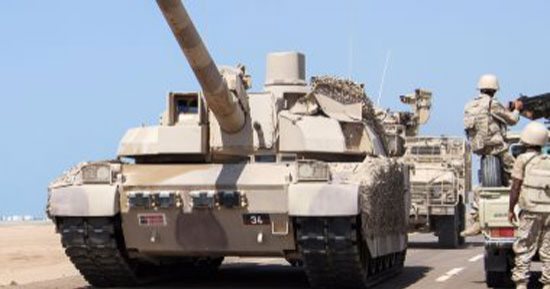 SANAA (Debriefer) -- No progress has been made on a Saudi-proposed mechanism to accelerate the implementation of the Riyadh Agreement between the internationally recognised government of Yemen and the UAE-backed southern transitional council.
The two sides signed the Riyadh Agreement in November, in a Saudi effort to contain violence between the allied factions backed by a Saudi-led coalition fighting the Iran-aligned Houthis in Yemen.
They accepted the mechanism on 29th July. Days later, president Abdrabbuh Mansur Hadi appointed a new governor and police chief for Aden and the STC rescinded self-rule of the south.
But there is not a guarantee for a cessation of hostilities or commitment to deescalation, and it seems that will not happen unless one side makes an upright military victory.
The two sides have sent more military reinforcements into Abyan province in the south coinciding with fierce clashes between their forces in the areas of Al-Tariyah, Al-Sheikh Salim and Wadi Sala east of the province's capital city of Zinjibar. Military escalation makes the Saudi-proposed mechanism a stone's throw away from collapse.
The mechanism called for ceasing fire, deescalation, taking forces of both sides out of Aden and Abyan and forming a power-sharing government in 30 days.
The government reinforcements came from Shabwa province and the STC reinforcements came from Aden, a local source told Debriefer, adding that the battles in the past two days were fierce with both sides using heavy weapons and many fighters from both sides killed and injured.
No numbers of casualties have been provided.
Days ago, military spokesperson for the STC's fourth command, Mohammed Al-Naqib, said their forces afflicted heavy losses upon the government forces after their positions came under shelling from heavy and medium weapons.
He accused the government of military escalation and breaching the ceasefire after government reinforcements arrived in Abyan from Marib province.
Fighting along confrontation lines in the province eased during Saudi-sponsored consultations between the two sides in May through July.