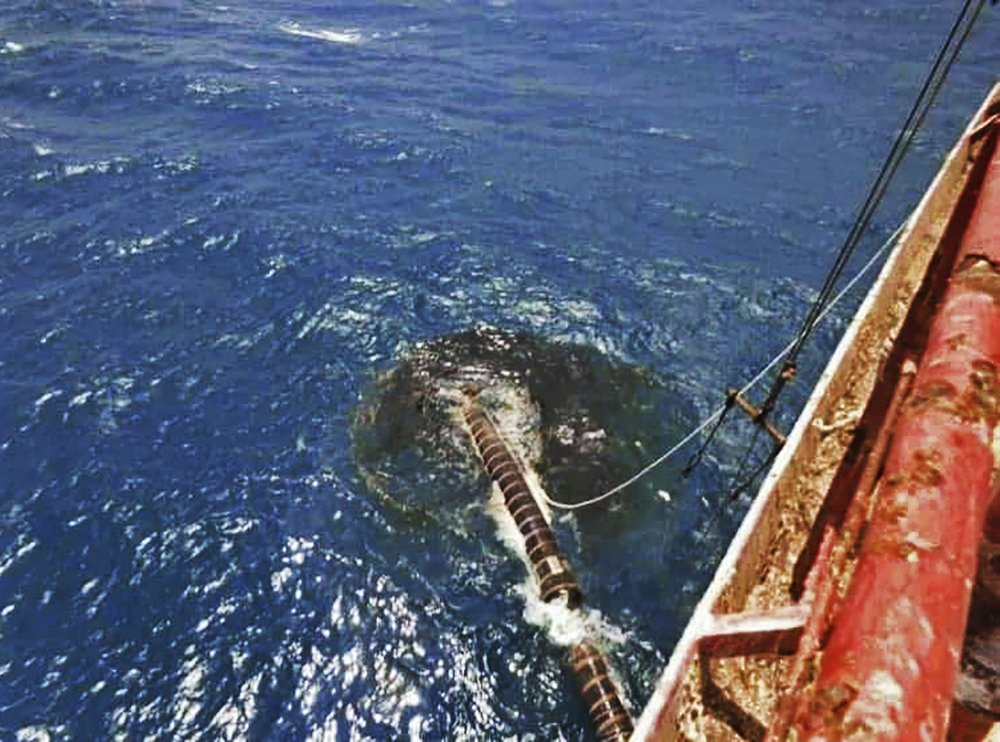 SANAA (Debriefer)--Fears are growing over a possible massive environmental disaster as Arab and foreign countries are accusing the Houthi Group of preventing experts from accessing a decaying oil tanker carrying more than 1.1 million barrels of oil stranded off Yemen.
The aging FSO tanker, moored off western Hodeidah coast, has been left unmaintained for five years. It could explode, triggering a catastrophic oil spill, experts have warned.
Experts have said it is a ticking time bomb and that its explosion would cause the worst environmental disaster in history.
The tanker's explosion would destroy coral reefs in the Red Sea and its impacts would reach the coasts of Saudi Arabia, Egypt and Eritrea,  Abdulrahman Al-Samie, an environment expert, said.
An oil spill from the tanker would affect maritime traffic in one of the world's busiest waterways, experts said.
The Houthis are still preventing UN experts from accessing the tanker despite warnings by Yemen's international recognised government and pressure by foreign countries.
They are demanding $100 million in return for giving licenses to the experts, Debriefer learned.
Moreover, they are seeking guarantees to get the incomes of the crude onboard the tanker, challenging the international community which is seeking to avert a disaster that could affect the international economy.
Yemen has been devastated by a six-year armed conflict which broke out after the Houthis ousted the government and seized the capital Sanaa in September 2014. The conflict escalated after a Saudi-led coalition launched a military intervention against the Houthis in March 2015, causing the world's largest humanitarian crisis.
The Houthis control the north which includes the most densely populated regions in the country.
Meanwhile, the Houthis consider international concerns over the tanker as interference in Yemen's affairs and a breach of national sovereignty.
However, they are not revealing their plans to address the tanker and prevent a possible disaster.
Yemen has also been bit by outbreaks, including coronavirus. More recently, the country has been hit by unprecedented torrential rains that killed and injured hundreds of people, and destroyed hundreds of houses and institutions and agricultural lands.
The Houthis have been controlling Hodeidah since 2014. Pro-government forces backed by the Saudi-led coalition have been stationed on the outskirts of the province since 2018.
In December 2018, the government and the Houthis held UN-sponsored talks in Sweden that ended with agreements on Hodeidah, Taiz and exchange of prisoners. The agreement on Hodeidah called for a ceasefire and redeploying forces out of the ports and city of Hodeidah.