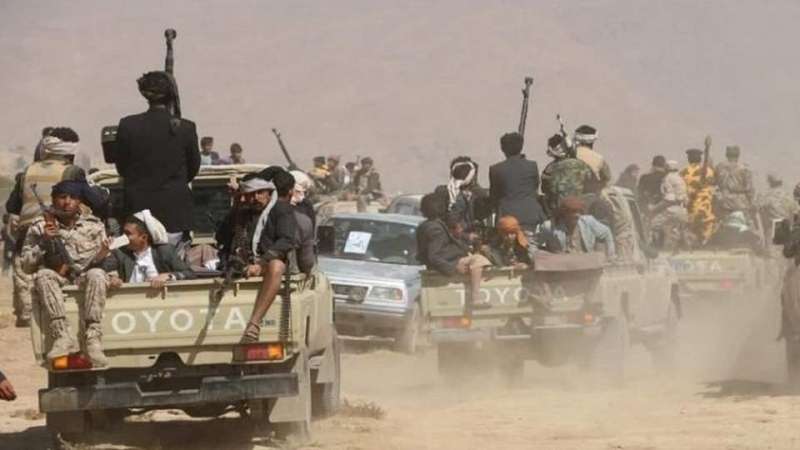 Sa'ada (Debriefer) - Yemen's official forces have taken control of strategic sites in the northern governorates of Sa'ada and Sana'a, the government said Friday, after fierce fighting in which tens of Houthis were killed or injured and a Houthi drone was downed.

"The army troops seized sites overlooking the center of Baqim district, in Sa'ada, following a surprise attack on Houthi sites," the Riyadh-based Saba quoted a government general as saying.

"Five Houthis were killed and others injured in the battles, and the government troops recovered medium and light ordnance," Suleiman al-Noaihi added.

On Thursday, the official arm said its forces shot down a Houthi drone in Nihm and killed tens of the group's fighters.