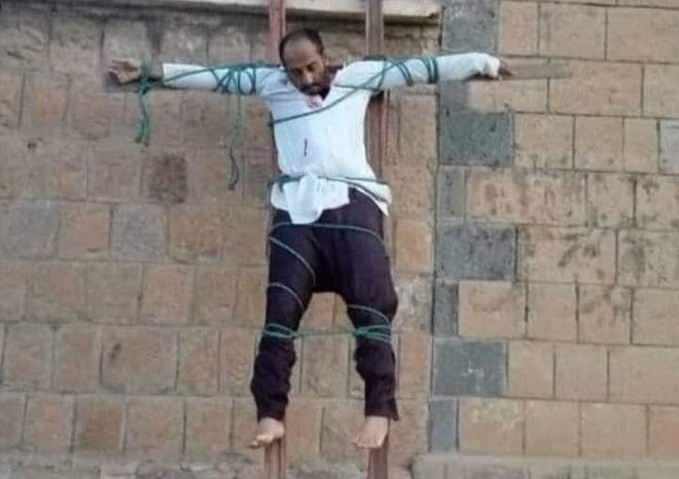 BAYDA (Debriefer)--Al-Qaeda on Tuesday blew up the medical centre in the district of Al-Sawma'ah of Bayda province in central Yemen, a week after the terrorist group executed and crucified a dentist who worked for the centre.

Munzir Al-Yousfi was crucified in the outer courtyard of the centre, in a heinous crime which drew wide local and international condemnation.

Shortly after the crime, the group published a video of the dentist confessing that he had been recruited by the national security apparatus to spy on the group and help US drones target them.

But activists who were close to Al-Yousfi questioned the video, arguing the confessions were obtained under duress.