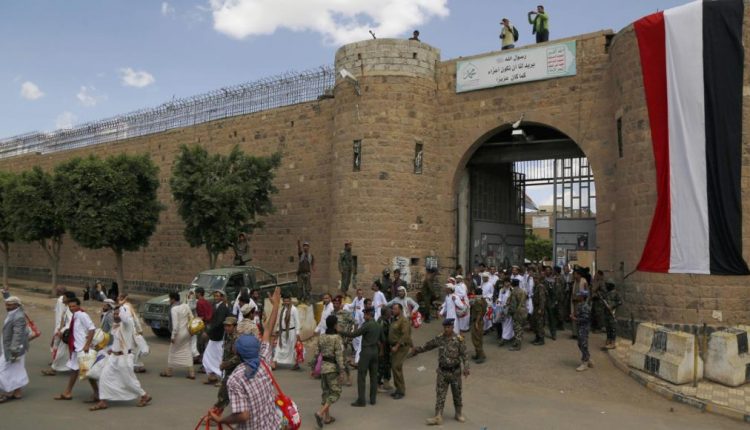 Riyadh (Debriefer) - The Yemeni government prisoner swap with the Houthis will start on 15 October, a Yemeni official said, hours after the Houthi group announced 100% readiness to apply the pact as planned.
The prisoner swap is expected to kick off next Thursday between the Yemeni UN-recognized government and the Houthi group, as stated by a pact the two rivals reached last month in Switzerland.
Under the pact, 400 government prisoners (including 15 Saudis and 4 Sudanese) would be released in exchange for 681 Houthi captives.
The prisoners will be airlifted from Riyadh, Aden and Marib to Sana'a, and vice versa.
The processes is underway as prescheduled, the Yemeni official told Asharq al-Awsat anonymously. While "no change [has occurred] in the timing, we fear the last moment obstructions to which the Houthi group always resorts to foil any deal."
On Monday, head of the Houthi prisoner committee tweeted: "We've finalized, with the International Committee of Red Cross, all the pre-prisoner swap measures and arrangements."
Abdul Kader al-Murtadha also expressed hope that the government was similarly ready.