STC warns of signing agreements without participation of southern representatives 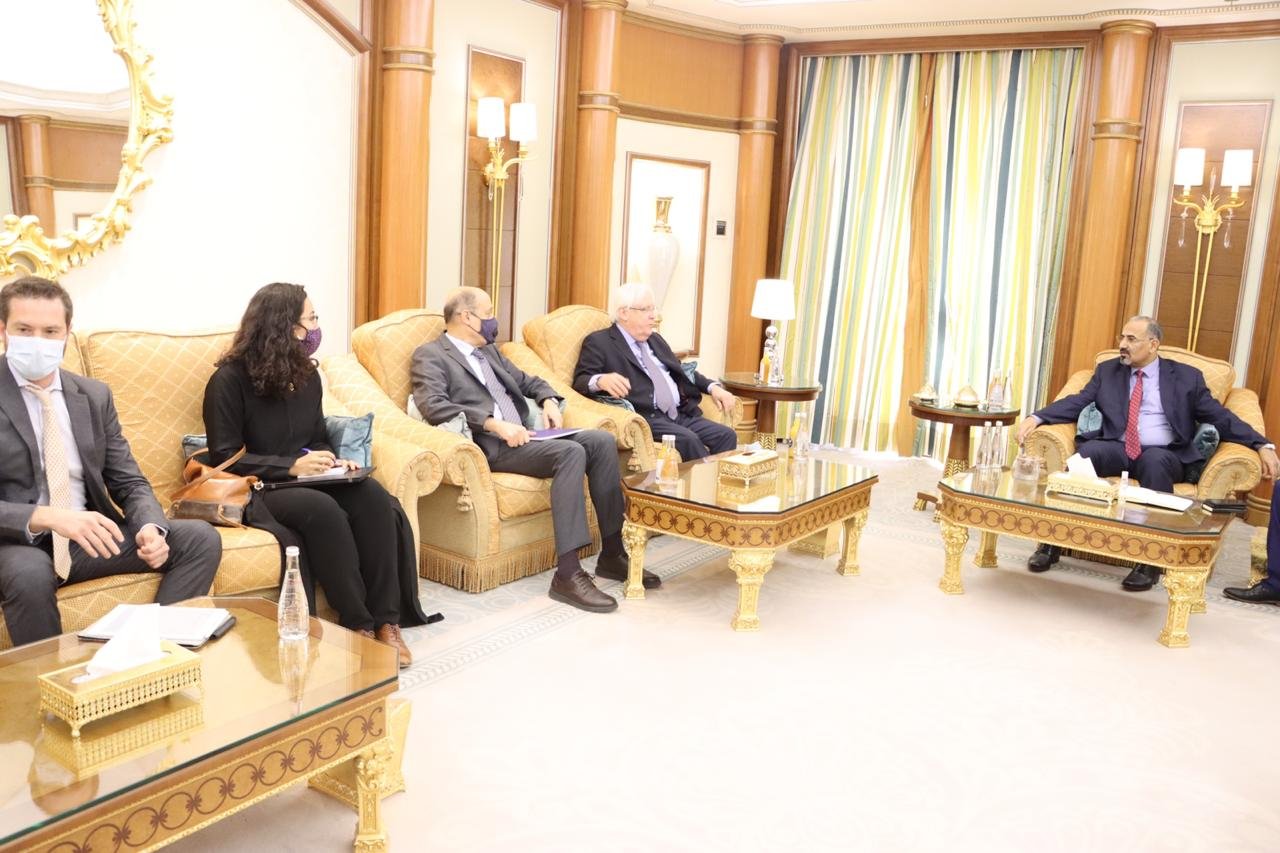 RIYADH (Debriefer)--The southern transitional council has warned of the danger of signing more agreements on Yemen without engaging representatives from the south.

At a meeting with the UN envoy to Yemen Martin Griffiths on Tuesday, president of the UAE-backed council Aidarous Al-Zubaidi said: "The non-participation of the council in talks on a joint declaration designed to end the crisis exempts it from any obligations included in the declaration".

Griffiths has drafted the joint declaration which calls for a nationwide ceasefire, humanitarian and economic measures and the resumption of the political process. The envoy is now holding talks with the warring parties to reach an agreement on it.

We have not received an invitation to talks aimed at ending the Yemeni crisis, Al-Zubaidi said, pointing out the council is ready to participate in drafting the details and review of the declaration.

The Riyadh agreement represents a real opportunity to bring peace and restore stability and lays the groundwork for restarting the UN-sponsored comprehensive political process in the country, he said.

On Monday, Griffiths met with president Abdrabbuh Mansur Hadi and government officials in Riyadh and discussed with them progress on the talks on the declaration.