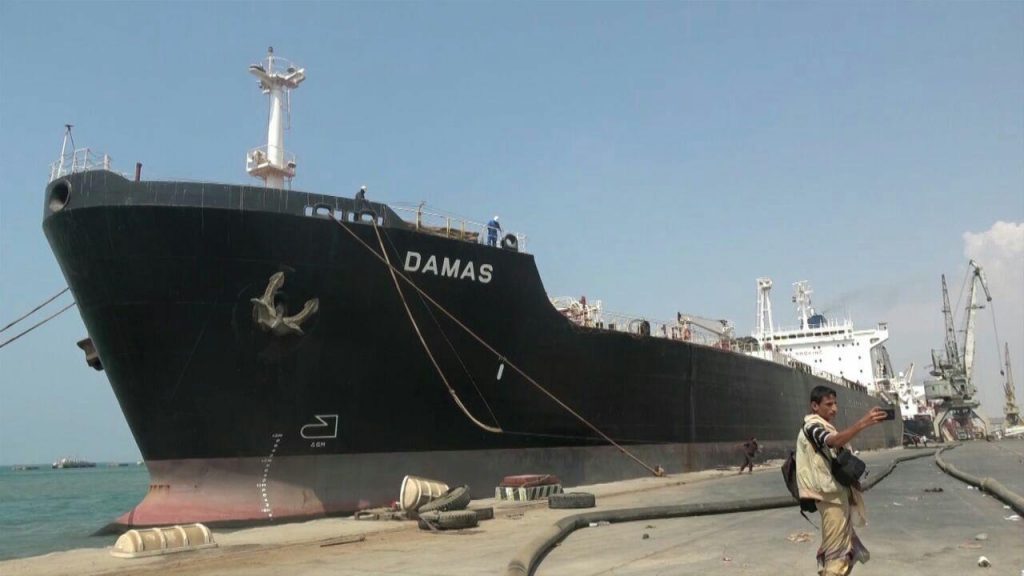 Sana'a (Debriefer) - The detention of 'Damas' oil tanker has cost over US$ 4 million in demurrage, the Houthi-run Yemeni Petroleum Company (YPC) said Sunday.
Having been detained by the Arab coalition in the Red Sea for 200 days, the vessel arrived at Hodeida port 75 days after the arrival of another oil tanker assigned for general consumption, the YPC added in a brief statement.
Damas is loaded with 29,000 tons of diesel, the statement said, accusing the UN of contributing to all the international piracy crimes committed by the Saudi-led coalition.
The YPC "preserves its full claim to fair compensation for all losses resulted from these crimes," it said.
Sana'a City and other Yemeni Houthi-held northern areas have been experiencing dire shortage in fuel, particularly in the last two weeks, with one litter of petrol bought with one US dollar.
The Arab coalition is still denying 19 oil tankers access to Hodeida port, the YPC statement said.