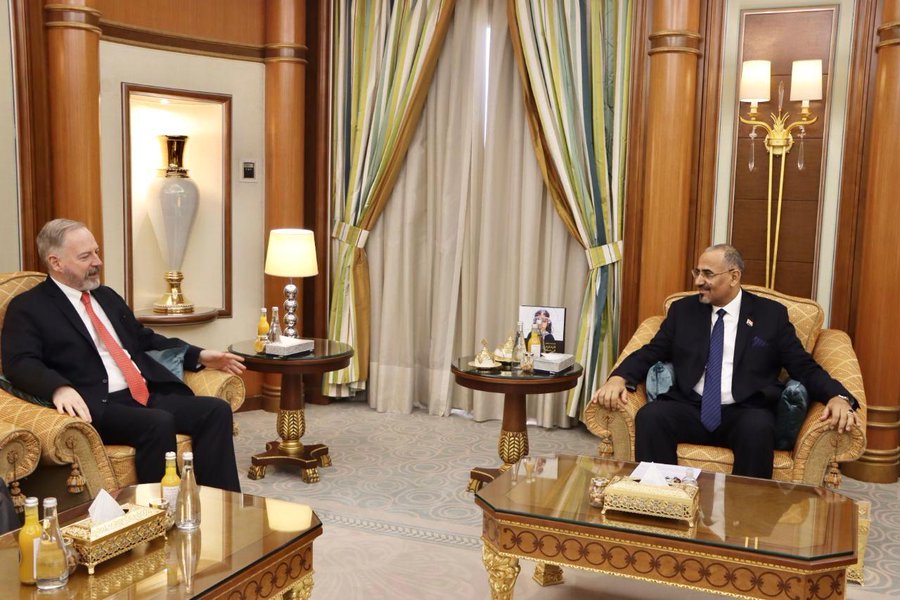 Riyadh (Debriefer) - The Yemeni government troops' escalation in the southern governorate of Abyan is aimed at thwarting the Riyadh Agreement, chairman of the Emirati-backed Southern Transitional Council (STC) said Wednesday.
The STC has fulfilled all requirements to announce the government and apply other provisions of the Riyadh deal, Eidroos al-Zobaidi added at meeting in Riyadh with the US ambassador to Yemen, Christopher Henzel, praising the Saudi and Emirati efforts in this regard.
The dangerous military escalation led by political forces under Yemeni government umbrella in Abyan aims to foil the pact, he claimed, noting that "southern forces" stick to self-control and self-defense, lest the humanitarian and living conditions worsen.
The Yemeni official government and the STC trade blames for military and political escalation.
Last Thursday, fierce clashes renewed between the two sides, using heavy weapons in Abyan, although they inked a ceasefire deal last May.
The STC supports the UN-sponsored inclusive peace process, Zobaidi said, criticizing the Houthi "terrorist" act against Saudi economic facilities and civilian objects.
Ambassador Henzel appreciated the STC for positively dealing with the application of the Riyadh deal, and reiterated his government's support for Saudi efforts, highlighting the need for accelerated formation of new government.