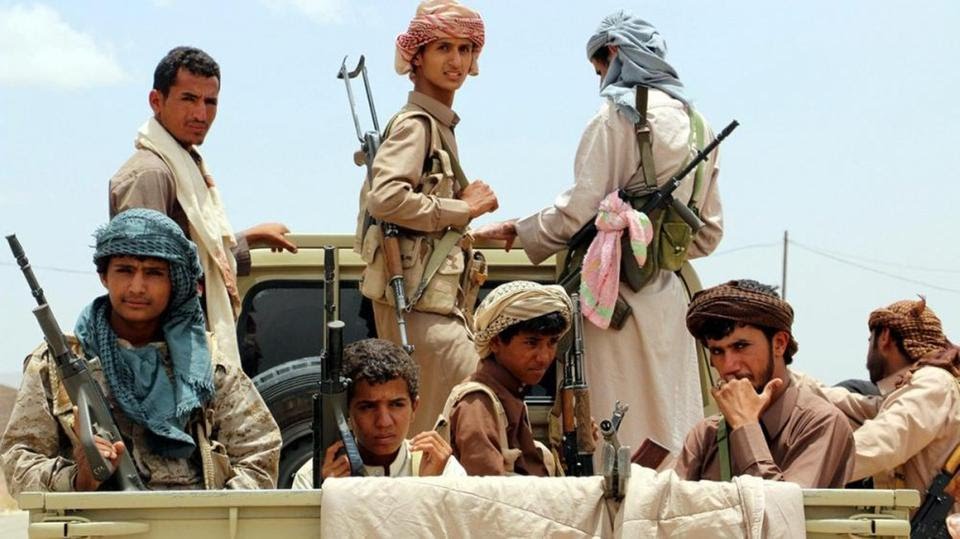 RIYADH (Debriefer)--The Yemeni government on Monday accused the Houthi group of recruiting around 5.000 children during the past nine months.
General manager of international organisations at the human rights ministry, Esam Al-Shaeri, said the group has taken advantage of the disruption of the educational process to recruit children and send them to warfronts.
The group has turned many schools in regions under its control into military bases and weapons depots and forced teachers to adopt its slogans and joint warfronts, government reports revealed.
We have documented the use of 222 schools for military purposes, including 21 schools used for recruitment and ideological promotion, Al-Shaeri said.
Recently, social media activists circulated videos of tens of children recruited by the group. Some were from the marginalized segment, the black-skinned people.
Activists called on the ministry and the national commission to investigate alleged violations to human rights to investigate these violations, meet families of child recruits and put pressure on the Houthis to stop recruiting more children for its absurd war.
A panel of UN experts on Yemen has documented in its reports the recruitment of many children including girls by all the warring parties.
In February, the Yemeni envoy to the UN said the Houthis recruited 30.000 children. Many of them have been abused, he said.
The group is exploiting poverty and worsening living conditions, and in some cases, it is forcing families to send their children to warfronts, the envoy told the executive board of UNICEF.
Last year, the Yemeni network for rights and freedoms in collaboration with 13 international agencies documented 66.000 Houthi violations against children in 17 Yemeni provinces during the period from January 2015 to August 2019,  including 7.000 killings.