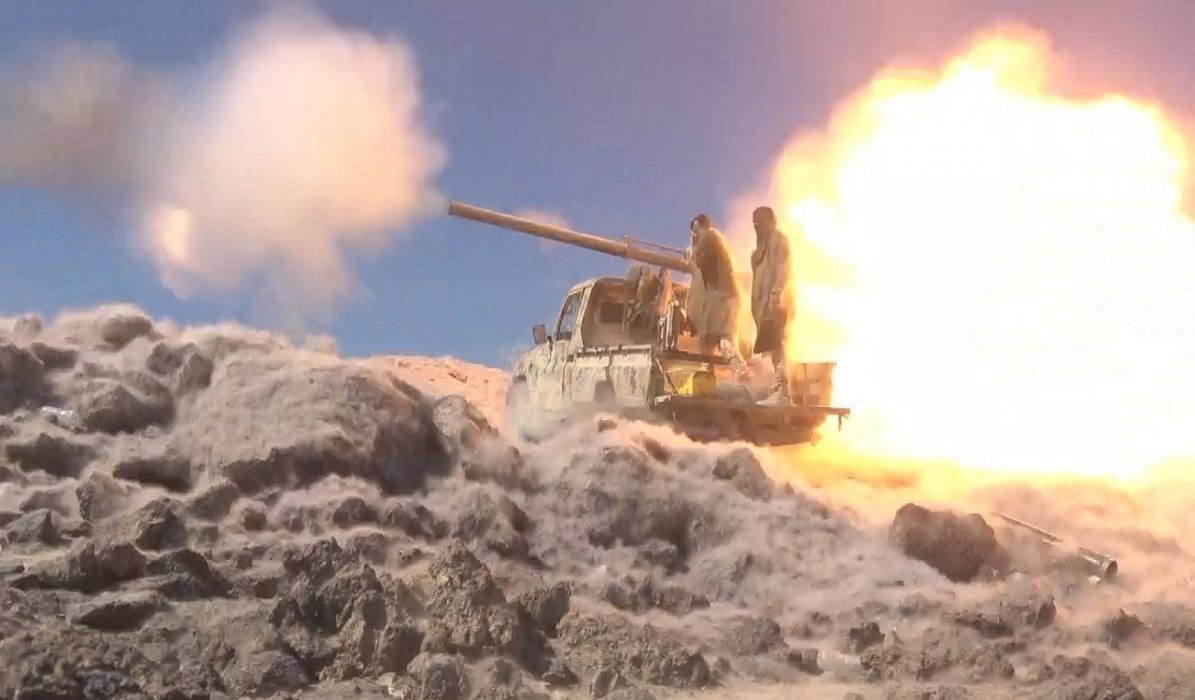 Marib (Debriefer) - Fierce hostilities pitting the Yemeni government against the Houthi fighters renewed in the northeastern governorate of Marib on Tuesday, after several days of vigilant tranquility.
The fighting was triggered in the southern part of Marib by a Houthi attempted infiltration, firsthand sources said.
"A number of Houthi fighters were killed and injured in the violence," the sources added, as the Saudi-led coalition warplanes "targeted Houthi sites and gatherings in Haid Al Ahmed front opposing Morad Mont."
The oil-rich governorate of Marib has been altered to a scene for a war of attrition, with both sides suffering grave losses and failing to make a decisive win.
Marib's strategic importance stems from the fact that it serves as the headquarters for the Yemeni official government's command in its war against the Houthi group.