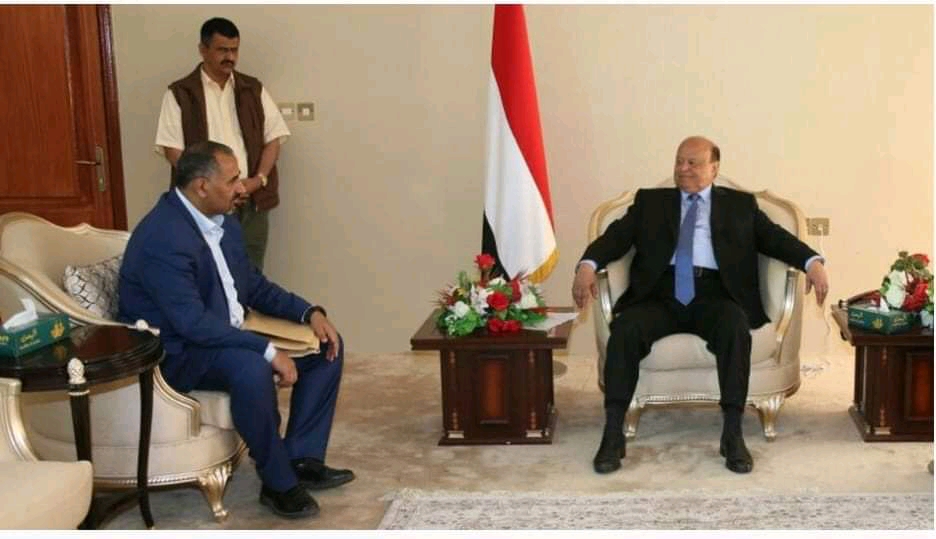 RIYADH (Debriefer) -- President Abdrabbuh Mansur Hadi has met with president of the southern transitional council Aidarous Al-Zubaidi in the Saudi capital Riyadh, a Yemeni official said.
It was a friendly meeting to build trust and understanding, the official said, adding that the meeting was held at Hadi's residence on Thursday, according to the Arabi 21 website.
The deadlock over the implementation of the Riyadh agreement is over and consultations to form a new government are proceeding well, the official told the website on condition of anonymity.
The new government is expected to be announced in the coming days, the official added.
It was the second meeting between Hadi and Al-Zubaidi since the government and the UAE-backed council signed the agreement in November 2019.
In July, the two sides accepted a mechanism presented by Saudi Arabia to accelerate the agreement, under which the council rescinded a declaration of south self-rule and Hadi appointed a new governor and police chief for Aden.
The mechanism called for forming a power-sharing government with 50/50 representation from the south and the north, a cessation of hostilities and pulling forces out of main cities.
The implementation of the military and security part is facing huge challenges as the STC is still refusing to pull its forces out of the cities and allow the new Aden police chief Brig. Gen Mohammed Al-Hamedi to assume his duties.
Sources said the council in late September threatened to prevent the plane of Al-Hamedi from landing in Aden, forcing Saudi Arabia to cancel his flight from Riyadh.