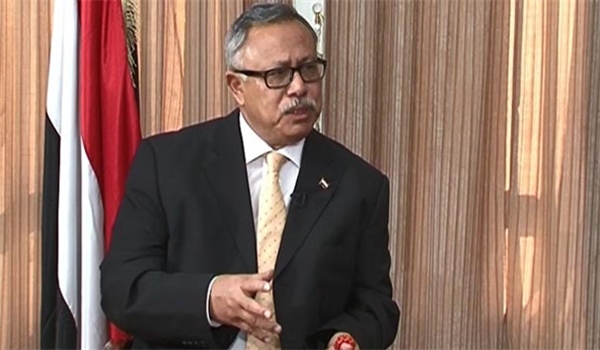 SANAA (Debriefer)--Prime minister in the Houthi salvation government, Dr. Abdulaziz bin Habtour, on Tuesday called on the people in south Yemen to rise against the Saudi-UAE occupation.
"The tragic situation in Aden and other occupied provinces and cities require the honest people in the south with support from the free people across Yemen to rise against the occupiers and their criminal and puppet militias," he said at a meeting with his government, according to the Sanaa-based Saba news agency.
Developments in Aden and persistent disagreements between the internationally recognised government and the UAE-backed southern transitional council have disastrous impacts on the people, he said.
A Saudi-led coalition, including the UAE, has been fighting in the country since March 2015.
The STC seized Aden, the interim capital of the government, following fierce battles with the government forces last year.
It is preventing the government, which has been living in the Saudi capital Riyadh since it was ousted by the Houthis in 2015, from coming back to the city.
Moreover, its fighters have been fighting the government forces in Abyan province since November 2019.