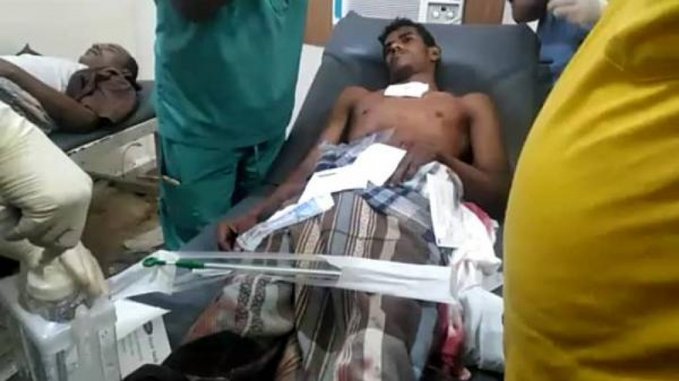 At least five people were killed and seven others wounded on Tuesday when a landmine blasted between the two districts of Tohaita and Khokha south the Yemeni western governorate of Hodeida, local sources said.
The bomb blew up a car that was travelling with a number of civilians in a dirt road linking the two districts, the sources added.
The blast killed five civilians, including a child and a woman, and injured seven others who were taken to Khokha field hospital, according to the sources.
Yemen is said to be the largest minefield after the WWII, with official report talking about more than one million mines.