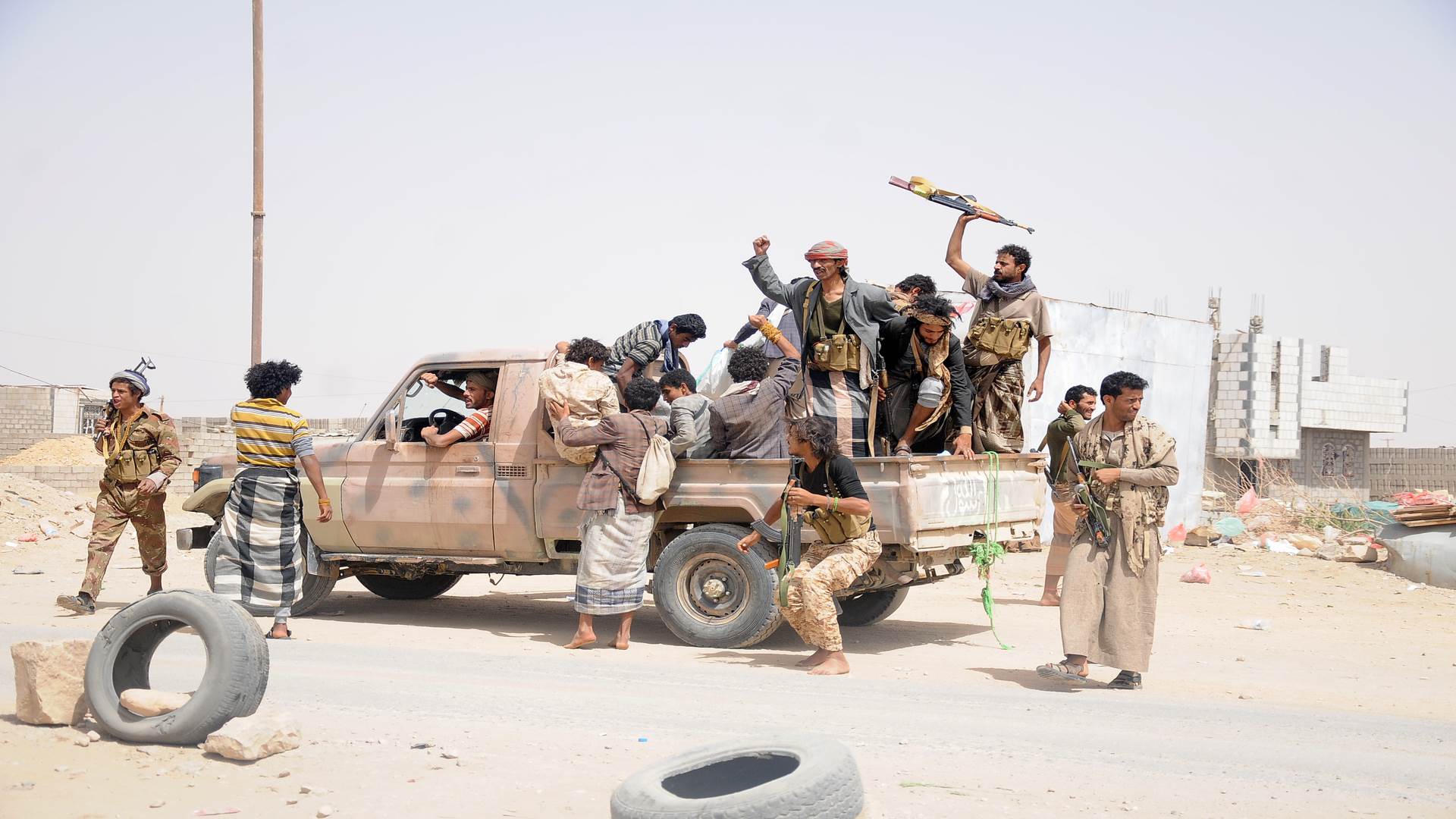 Marib (Debriefer) - Military confrontations on Friday renewed between the Yemeni official government troops and Houthi fighters in many fronts in the two governorates of Marib and Jawf, after a period of relative calm.
Since Friday dawn, fierce battles erupted in Makhdara west Marib, military said, following a Houthi attempted advancement towards government troops' sites.
Backed by armed tribesmen, the national army successfully foiled another attack in the southern parts of Marib, according to the same sources.
In Jawf, the government troops shot down a Houthi espionage drone over the al-Alam front, to the east of the northern governorate.
Despite sporadic clashes, Marib and Jawf fronts saw tentative tranquility in the last two weeks that followed months of intense hostilities.
Advancement made by the government troops on the ground in Jawf led to cessation of fighting in the neighboring governorate of Marib in the few last days, according to military observers.
However, the oil-rich governorate seems now to serve again as a main scene for the government-Houthi conflict.